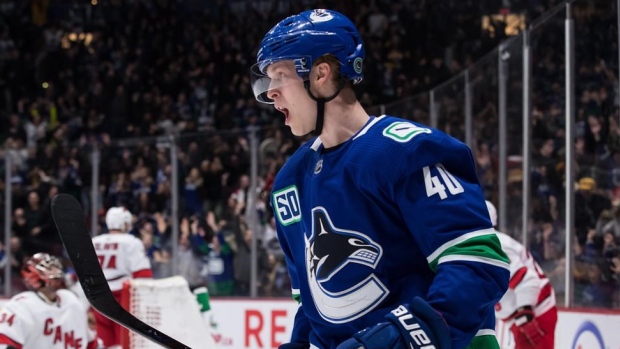 For once, it was a coach not bemoaning – but rather celebrating – the chaos that has become overtime in the NHL.

Consider Maurice among the converted. He said he “didn’t care for three-on-three when it came in,” but now thinks it’s “outstanding.”

Overtime has become appointment television. It doesn’t even matter which teams are playing, you only have to be a hockey fan to enjoy.

Three-on-three is about to take centre stage again. The NHL will dole out $1 million to the victors of the 3-on-3 tournament at the All-Star Game in St. Louis.

The crown jewel of the weekend might be the Elite Women’s 3-on-3, which will be contested between the premier players from Team Canada and Team USA. There is even a new traveling 3-on-3 league established for former pro players, named 3ICE – which will air on TSN.

With the 3-on-3’s rise in popularity, it feels like the shootout is under attack again.

But the NHL seems unlikely to extend the three-on-three session beyond five minutes in order to avoid more shootouts.

NHL deputy commissioner Bill Daly said the topic has come up from time to time in GM meetings, but it has never been seriously considered.

“Nor do I think there would be strong support for it,” Daly said this week. “There is no sense that the current system isn’t working well. We are still running with a 65 per cent decision rate in OT. Our original hope or goal was 60 per cent.”

Nearly a quarter of the 762 games this season (23 per cent) have been tied at the end of regulation, and, as Daly said, the majority of those contests (65 per cent) have ended in overtime.

In fact, the average time it takes to score an overtime winner this season is 2 minutes and 18 seconds.

Teams produce an average of 6.1 goals per 60 minutes at 3-on-3. Armed with that info, and help from TSN analytics guru Travis Yost, we are able to determine that doubling the length of 3-on-3 to 10 minutes projects to resolve north of 90 per cent of games. 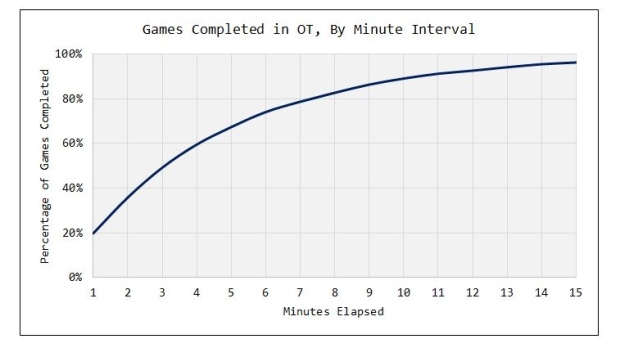 Extending the length of overtime is the clear choice of fans. Out of more than 11,000 polled on Twitter, more than 62 per cent said they want to see more 3-on-3.

What should the #NHL do with overtime and the shootout?

There may not be a sizable resistance to increasing the length of overtime, but there doesn’t appear to be an executive willing to champion change at the moment. Plus, the NHLPA would need to approve any change in playing conditions, and there has been concern expressed about the workload of star players since they receive the bulk of shifts in 3-on-3.

This season, less than eight per cent of all games have been decided by shootout. But some fans advocated in the poll to eliminate the shootout altogether, simply allowing for a tie after a scoreless overtime.

Maurice and many others would be against that notion.

That’s why the shootout exists. It’s a literal means to end the game.

Love it or loathe it, the shootout has also provided theatre for both thrilling and bizarre moments. Just ask Brad Marchand.