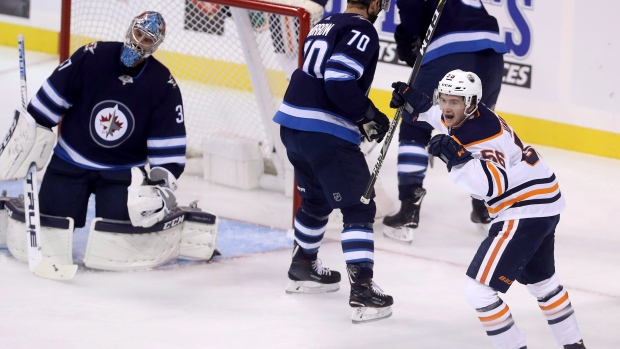 Some names you know from drooling over their draft-year highlights on YouTube.

Others you might not be as familiar with but will quickly learn. That’s because young players, especially teenagers, have the potential to make an impact like never before in the NHL. The hockey world is their oyster.

1. LD Rasmus Dahlin, Buffalo Sabres
Once referred to as half Erik Karlsson, half Nicklas Lidstrom, Dahlin is to the Sabres what Connor McDavid and Auston Matthews were to the Oilers and Maple Leafs. He is an immediate game changer. Dahlin, 18, collected three points in four preseason games for the Sabres. He would be the favourite to win the Calder Trophy as rookie of the year, except it’s much more difficult for a defenceman to have an impact at that age than a forward. Florida’s Aaron Ekblad (2015) is the only blueliner to do it in Dahlin’s lifetime since he was born in 2000.

2. C Elias Pettersson, Vancouver Canucks
Pettersson, 19, is the betting favourite to win the Calder, something no Canuck has done since Pavel Bure in 1992. The Calder would only add to an incredible trophy case. Pettersson collected the Swedish league’s Rookie of the Year, Best Forward, Playoff MVP and Player of the Year awards last season as he smashed Under-20 scoring records and led Vaxjo to a championship. He led the Canucks in preseason scoring and is expected to centre Vancouver’s second line with Nikolay Goldobin and Loui Eriksson.

3. LD Miro Heiskanen, Dallas Stars
The highest draft pick (No. 3 overall) for the Stars since Mike Modano, Heiskanen is the stud defenceman who was a non-starter for GM Jim Nill in the Erik Karlsson talks. “His brain is two steps ahead of everyone else,” new Stars coach Jim Montgomery said of Heiskanen this preseason. The left-shooting Heiskanen, who has a quick release and chews up minutes with ease, can play both sides and has been featured alongside Marc Methot. 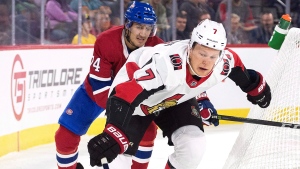 5. LW Brady Tkachuk, Ottawa Senators
The second son of Keith to make it to the NHL, Brady Tkachuk announced his decision this summer to leave Boston University after one year. The No. 4 overall pick racked up 31 points in 40 games last season as a freshman. Tkachuk, 19, could open the season on a line with Zack Smith and Mark Stone for the Sens.

6. C Casey Mittelstadt, Buffalo Sabres
He was penciled into the No. 2 centre spot when Ryan O’Reilly was dealt, but it’s been an underwhelming preseason for Mittelstadt. He went without a point in five exhibition games and eight periods of prospect challenge hockey. There is no question Mittelstadt, 19, has the talent – he collected five points in his first six NHL games last year after leaving the University of Minnesota and was one of the stars of the World Junior Championship.

7. C Jesperi Kotkaniemi, Montréal Canadiens
There is no question Kotkaniemi, 18, earned his opening night lineup spot with the Habs by virtue of a crisp preseason. He was arguably Montréal’s best player for a significant chunk of the time, clearly not overwhelmed by the stage. The question is whether the No. 3 overall pick sticks into late October or whether it makes more sense for his (and the Habs’) development to continue to grow in the AHL or back in Finland with Assat.

8. LW/C Ryan Donato, Boston Bruins
Donato, 22, stepped right into the B’s lineup after leaving Harvard last March with nine points (five goals) in his first 12 NHL games. There is still clearly room to grow as he appeared in just three of Boston’s 12 playoff games. He could start the season on the third line alongside Sean Kuraly and David Backes.

9. C Martin Necas, Carolina Hurricanes
Necas, 19, is a dark horse candidate for the Calder. He will be the Hurricanes’ second line centre behind Sebastian Aho. The Czech Republic native with high-end skill was drafted 12th overall in 2017 and had four points in four preseason contests. 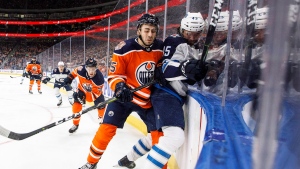 10. RD Evan Bouchard, Edmonton Oilers
Talk to those around the Oilers and they’ll say the 18-year-old Bouchard is already Edmonton’s best puck-mover. The No. 10 overall pick has turned heads with his playmaking ability and hockey IQ. He may only get a nine-game trial, but Bouchard is with the Oilers in Germany to open their season.

11. C Barrett Hayton, Arizona Coyotes
Coyotes GM John Chayka announced Monday that Hayton, the No. 5 overall pick in June’s draft, will be sticking with Arizona to start the season. The last time the top five picks all began the season with their NHL team was 2009 (John Tavares, Victor Hedman, Matt Duchene, Evander Kane and Brayden Schenn).

12. LW Michael Rasmussen, Detroit Red Wings
Rasmussen, 19, will get a nine-game trial with the Red Wings on the wing, away from his natural centre position. It’s either that or a fourth full season of major junior in WHL Tri-City for the talented ninth-overall pick from 2017.

13. LW/RW Valentin Zykov, Carolina Hurricanes
Zykov, 23, was acquired from Los Angeles for Kris Versteeg on deadline day in 2016 in one of Ron Francis’ best moves as GM. Zykov appears ready to burst on to the NHL scene. He had seven points in 10 games with the Canes last year and is expected to open the season on the top line with Aho and Teuvo Teravainen.

14. LW Andreas Johnsson, Toronto Maple Leafs
Johnsson, 23, was the MVP of the Calder Cup for the Toronto Marlies with 24 points (10 goals) in 16 AHL playoff contests. The 2013 seventh-round pick will start the season on the fourth line with fellow newcomer Par Lindholm and Kasperi Kapanen.

15. LD Juuso Valimaki, Calgary Flames
Valimaki, 19, made the Flames out of training camp by virtue of his poise under pressure in the defensive zone, according to coach Bill Peters. He beat out Brett Kulak for a spot on the third pair with Michael Stone. 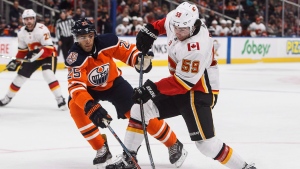 16. LW/C Dillon Dube, Calgary Flames
Dube, 20, earned his spot in the Flames’ lineup by sheer force. Canada’s World Junior captain tied for fifth in the NHL in preseason goals with four and could have the opportunity to score more playing on a line with James Neal.

17. C Jordan Greenway, Minnesota
Greenway, 21, has the NHL body to make an impact right away. He will centre the Wild’s third line after getting a taste in all five playoff games last spring.

18. C Anthony Cirelli, Tampa Bay Lightning
Technically, Cirelli remains a rookie by definition, but he did play in 35 games for the Bolts last season – including all 17 in the postseason.

19. RW Kailer Yamamoto, Edmonton Oilers
Yamamoto, 20, remains on the fence for a full-time job with the Oilers, his position squeezed by newcomers Tobias Rieder and Ty Rattie. He scored six goals in six preseason games and lit the WHL on fire in the second half of last season after being sent back by the Oil.

20. LD Dennis Cholowski, Detroit Red Wings
Cholowski, 20, locked down a spot on the Wings’ backend with an impressive preseason, finishing tied for second in team scoring with six points in six games. The 20th overall pick from 2016 brings poise to the blueline. 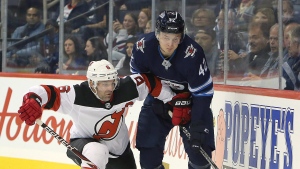 21. LW Kristian Vesalainen, Winnipeg Jets
The 19-year-old Finn, a first-round pick in 2017 at 24th overall, has cracked the contender’s opening-night lineup. He has skated regularly with Jack Roslovic and 29-goal scorer Nikolaj Ehlers.

22. LW/C Sam Steel, Anaheim Ducks
Corey Perry’s loss is Steel’s gain, as the final pick of the first round in 2016 is expected to get a shot with the Ducks. Steel is a former 50-goal scorer with the WHL’s Regina Pats.

24. C Robert Thomas, St. Louis Blues
Kyrou and Thomas are expected to open the season on the same line for the Blues, with Thomas at centre. Thomas, 19, was the 20th overall pick in 2017 and a beast for the Hamilton Bulldogs in their run to the Memorial Cup tournament with 32 points in 21 playoff games.

25. C Filip Chytil, New York Rangers
It was a busy season for Chytil, who got a nine-game NHL taste last season in New York. He played 46 games for AHL Hartford and also represented the Czechs in both the World Junior and World Championships.

26. LW Alex Formenton, Ottawa Senators
Giddy up. Coach Guy Boucher has raved about Formenton’s speed, which should give the Sens a much-needed kick in the pants. Formenton, 19, was a second-round pick in 2017.

27. RD Henri Jokiharju, Chicago Blackhawks
Jokiharju, 19, could open the season on the Blackhawks’ top pair, partnered with Duncan Keith. He netted 71 points in 63 games last season with Portland, third most among defencemen in the WHL. 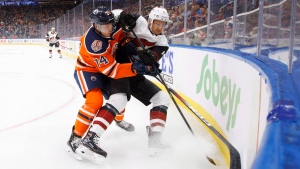 28. RD Ethan Bear, Edmonton Oilers
It’s been a roster battle between Bear and Bouchard. Bear, 21, probably has the edge over Bouchard defensively, thanks in part to his 18 games of NHL experience. He also brings a cannon of a shot. How long he stays depends partly on Bouchard. His other competition, PTO Jason Garrison, earned a contract on Tuesday.

30. RW Mathieu Joseph, Tampa Bay Lightning
Joseph, 21, is a 50/50 shot to stick with Tampa for opening night depending on the status of injured Tyler Johnson. Joseph was a point-per-game player for AHL Syracuse in last year’s Calder Cup playoffs.

31. G Alexandar Georgiev, New York Rangers
Georgiev, 22, is one of two rookie netminders on season-opening rosters. Henrik Lundqvist’s latest backup appeared in 10 games for the Blueshirts last year with the Bulgarian posting a .918 save percentage. 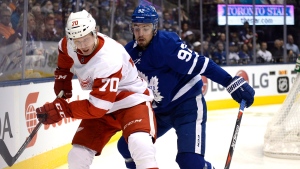 32. RD Igor Ozhiganov, Toronto Maple Leafs
The undrafted Ozhiganov, 25, beat out Connor Carrick for a spot on the Leafs’ third pair with Travis Dermott. He was signed as a free agent in May from CSKA Moscow – the same team, at the same age and same price as Nikita Zaitsev in 2016. Ozhiganov can earn an additional $850,000 in performance-based incentives.

33. LD Jacob MacDonald, Florida Panthers
Quite a story for the undrafted Oregon native who led all AHL defencemen in points (55) and goals (20) last season but went unsigned by New Jersey and was plucked by the Panthers.

34. LD Jonas Siegenthaler, Washington Capitals
Siegenthaler, 21, could open the season on a pair with last year’s leading scorer among defencemen in John Carlson since usual partner Michal Kempny went down with a concussion.

35. C Colin White, Ottawa Senators
White, 21, will likely open the season in a fourth-line role alongside Magnus Paajarvi and Tom Pyatt. The 2015 first-rounder has 23 career games under his belt already.

36. C Mikhail Vorobyov, Philadelphia Flyers
Vorobyov, 21, was impossible to ignore in the preseason as he led the Flyers with seven points in seven games. He will start on the third line between Wayne Simmonds and Oskar Lindblom. 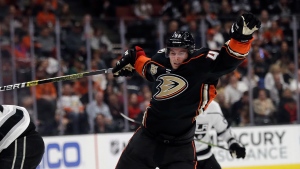 38. C Isac Lundestrom, Anaheim Ducks
Lundestrom, 18, is unlikely to stay for the entire season, but the 23rd overall pick has hung around longer than most expected in camp. He has the choice of a European assignment clause to spend this season back in Sweden with Lulea if he gets cut.

39. C/W Jaret Anderson-Dolan, Los Angeles Kings
Injuries have opened the door for Anderson-Dolan, 19, to get a look with the Kings. The speed of “JAD” has made him a noticeable competitor in camp.

40. G Anthony Stolarz, Philadelphia Flyers
Stolarz, 24, missed nearly all of last season due to a knee injury. He will likely be replaced by Michal Neuvirth, and ultimately Carter Hart, on the depth chart but Stolarz has an opportunity to audition for elsewhere now.

There will be no rookie dinner for vets from seven teams who are expected to open the season without any first-year players: Colorado, Nashville, New Jersey, New York Islanders, Pittsburgh and Vegas.