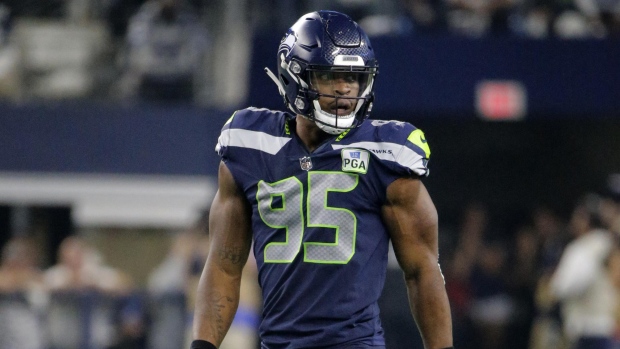 The Niners announced the deal Friday to add another former first-round pick to their talented line.

Jordan was the No. 3 overall pick by Miami in 2013 but has never lived up to his billing because of injuries and substance abuse problems.

He has been suspended 32 games over his career for violating NFL rules on substance abuse and performance-enhancing drugs and has also had two operations on his knee.

Jordan was suspended six games for violating the substance abuse policy in 2014 and then again for the entire 2015 season. He was suspended the first 10 games last year for taking Adderall after his therapeutic use exemption had expired.

Jordan has 10 1/2 sacks in 50 career games with the Dolphins, Seahawks and Raiders. He also has two forced fumbles and five passes defenced and has the flexibility to play either inside or outside on the defensive line.

Jordan played two seasons in Seattle, where he got experience playing in a similar style defence to the one co-ordinator Robert Saleh runs in San Francisco.

He played seven games for the Raiders last season, recording two sacks, one pass defenced and 13 quarterback pressures on 107 pass rush snaps, according to SportsInfo Solutions.

The defensive line was the strength of the team last season when the 49ers staged a remarkable turnaround and went all the way to the Super Bowl after winning just four games in 2018.

Coach Kyle Shanahan and general manager John Lynch have preached the importance of building the defence from the trenches and now have another option there with defensive end Ronald Blair working his way back from knee surgery.