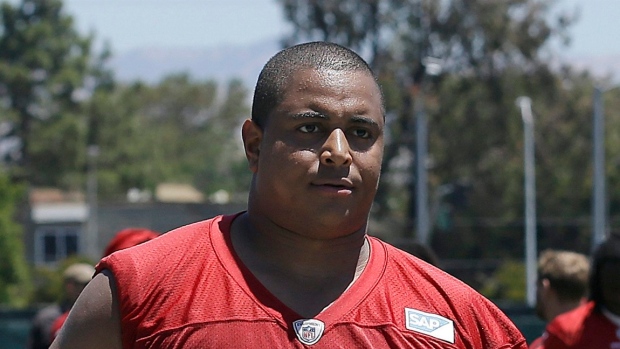 The team announced the move on Thursday to end Martin's one-year trial run with the team.

The Niners acquired Martin last March in a deal with Miami. Martin had left the Dolphins in October 2013 after accusing teammate Richie Incognito of bullying. An NFL investigation determined Incognito and two other Dolphins offensive linemen engaged in persistent harassment of Martin.

Martin started seven games at right tackle last season in place of injured Anthony Davis. He struggled in that role and allowed 7 1/2 sacks, according to STATS.

Martin was picked in the second round out of Stanford in 2012.