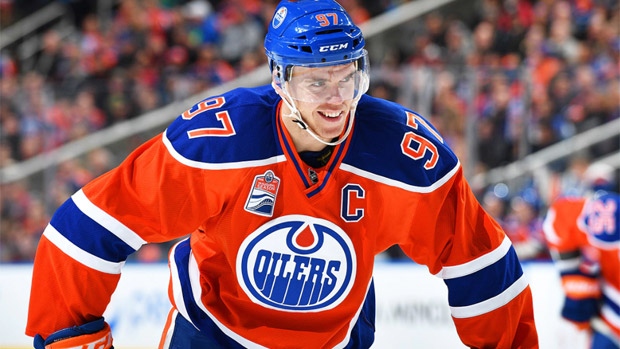 Not even back-to-back Conn Smythe trophies were enough for Sidney Crosby to hold off Connor McDavid for one more year.

For the first time in the eight-year history of TSN’s Top 50 player poll, Crosby was knocked off his perch as the projected No. 1 player in the NHL, as decided by a panel of 22 TSN experts.

Maple Leafs phenom Auston Matthews was the Top 50's biggest climber, going from off the board all the way up to No. 10 after his Calder Trophy-winning 40-goal campaign. Winnipeg's Mark Scheifele rose from No. 50 to No. 15 after his eye-catching 82-point season and Nikita Kucherov gained 20 spots from No. 27 to No. 7 after being one of just nine players league-wide to best a point-per-game average.

If the NHL's only 100-point scorer was voting, though, McDavid said Crosby would be his choice for the game’s top player – even though hundreds of his peers voted for him for the Ted Lindsay Award as the league’s most outstanding player last June.

“In my mind, I definitely think it’s Sid,” McDavid said at the NHL’s Player Media Tour earlier this month. “It is humbling to see those rankings that TSN puts out. It’s a huge honour. I definitely don’t take it for granted or anything like that, I just happen to think a little differently. That’s just the way it is.”

McDavid, who is starting to express himself more as he grows accustom to life as an NHL icon, said to not mistake his humility for a lack of confidence. He was the NHL’s only 100-point player last season, grabbing the Hart Trophy in his sophomore campaign, while leading the Oilers to their first playoff berth and series win since 2006.

Ottawa Senators captain Erik Karlsson followed Crosby at No. 3 in the poll, while Patrick Kane and Carey Price rounded out the top five.

The McDavid Generation is leading a seismic shift in TSN’s Top 50 rankings. Two years ago, McDavid was the only player under the age of 22 to crack the rankings when he landed at No. 37 despite never having played a game in the NHL as an 18-year-old.

Marner, 20, edged out New Jersey winger Taylor Hall for the final spot on the list. Matthews and Marner combined for a 69 goals last season, the NHL’s second-highest goal-scoring tandem after Sidney Crosby and Evgeni Malkin. Teammate William Nylander also received votes but did not crack the Top 50.

The influx of young talent on the Top 50 meant there was no longer room for a few veteran mainstays. Corey Perry and Henrik Lundqvist fell off for the first time in the history of the poll; Joe Thornton and Hall also had long runs.

Flyers captain Claude Giroux took one of the biggest tumbles, from No. 31 to off the board, after climbing as high as No. 3 in 2012. Jonathan Toews recently spent back-to-back years at No. 2, but fell to No. 27 and Alex Ovechkin slid to his lowest ranking ever at No. 22.