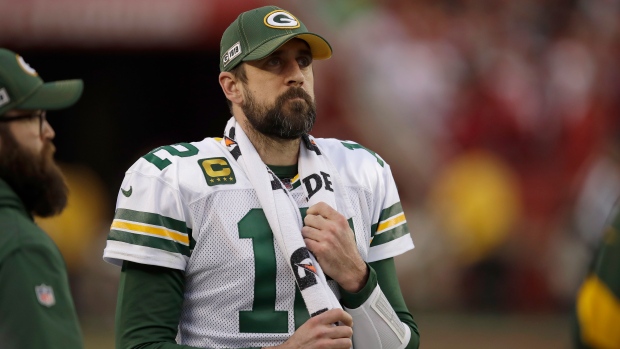 Green Bay Packers quarterback Aaron Rodgers attempted to clarify the rather cryptic remarks he made about his future on Monday during his weekly appearance on The Pat McAfee Show on Tuesday.

During his end-of-season availability on Monday, Rodgers called his future a "beautiful mystery."

Aaron Rodgers says he's "staying in the present" this week entering his fifth NFC title game, not thinking of whether it's his last: "I hope there's more opportunities, but I don't know. I really don't. That's outside of my control. My future is a beautiful mystery, I think."

"I hope there’s more opportunities, but I don’t know - I really don’t," Rodgers said in the wake of Sunday's loss in the NFC Championship to the Tampa Bay Buccaneers. “That’s outside of my control. My future is a beautiful mystery, I think."

On Tuesday, Rodgers threw water on the idea that a departure from the only team he's ever played for was imminent, noting that he only meant his future wasn't up to him.

"I don't feel like I said anything that I hadn't said before.. It was just more of a realization I think that ultimately my future is not necessarily in my control...

“After the season that I had, potentially winning MVP, and we obviously made another good run, I don’t think that there’s any reason why I wouldn’t be back,” Rodgers told McAfee. “But there’s not many absolutes, as you guys know, in this business. To make an absolute statement about something that is not an absolute, I didn’t do it. I guess that’s why it went kinda nuts.”

Rodgers, 37, has three years remaining on his current contract.

His remarks come hours after Packers CEO Mark Murphy earlier on Wednesday declared in no uncertain terms that Rodgers would return for a 17th season.