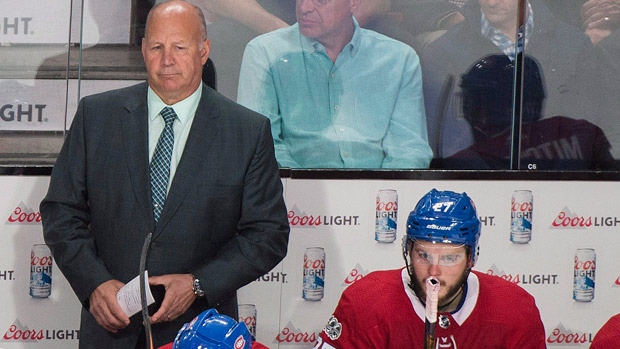 With a 2-6-1 record already generating controversy in Montreal, a player agent added some more fuel to the Canadiens' fire on Thursday.

"Alex Galchenyuk isn't problem but coach is," he typed at 12:02pm et on Thursday. "Has never successfully coached Russian (sic). Took midseason most Russian club. All but one gone"

Milstein then responded to a user tweet citing his client Alexander Khokhlachev as an example, pointing out his lack of playing time under Julien during his time with the Boston Bruins.

"You can go back to his B's days and see what he did w/ Alexander Khokhlachev," typed @ON3M4N_SHOW. "Solid AHL numbers had 8gp & barley (sic) 10min a night under CJ"

Milstein replied, "I happen to represent Khokhlachev. Please forgive me for being outspoken but say what other agents know but won’t publicly say." 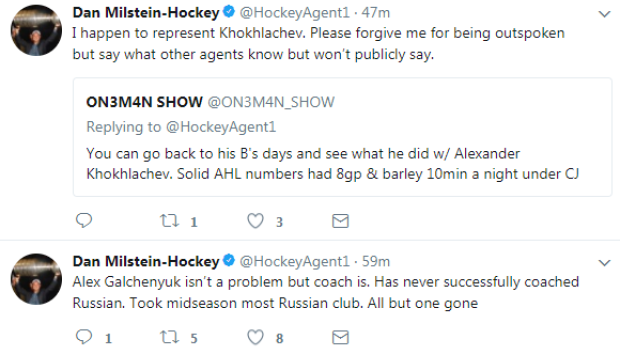 Milstein's tweets have been since removed.

Galchenyuk, who was born in Milwaukee and has represented the U.S. in world hockey tournaments, has struggled early this season with just two goals in nine games while being been moved up and down the lineup as Julien tries to kick-start an offence ranked 29th in goals scored.