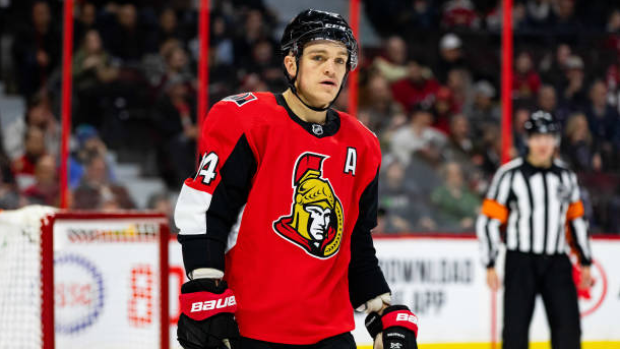 Mark Borowiecki is planning to test unrestricted free agency next month after spending his entire career to date with the Ottawa Senators, his agent Steve Bartlett told The Athletic on Wednesday.

“As of right now, we feel it’s highly likely that we’ll be testing the waters of free agency for the first time in Mark’s career,” Bartlett said. "I feel there’s a lot to Mark that makes sense for a number of teams.”

Hailey Salvian of The Athletic writes that Bartlett stressed he did not feel the Senators were undervaluing the veteran blueliner, but rather wanting to see what was available on the open market.

After nearly 10 years in the #Sens organization, and 6 NHL seasons, Mark Borowiecki is set to test the waters of free agency for the first time in his career next month.

Details here for @TheAthleticNHL as well as what his new team has to look forward to:https://t.co/ZU2uzdNn6S

A fifth-round pick of the Senators in 2008, Borowiecki made his debut with the team during the 2011-12 season. He posted a career-high seven goals and 18 points in 53 games this season.

While the 31-year-old was sidelined from Feb. 13 onward with a torn ligament in his ankle, Senators general manager Pierre Dorion told the Ottawa Sun in February that he first informed Borowiecki in December that he would not be traded at the deadline despite his expiring contract status. Dorion told TSN Radio 1200 Ottawa later that week that the team intended to keep Borowiecki in nation's capital for the remainder of his career.

"We hope to make Mark Borowiecki a Senator for life," Dorion said on Feb. 27.

Bartlett confirmed Wednesday that contract talks did take place during the season but led to the eventual decision that Borowiecki would explore free agency.

A veteran of 375 career games, Borowiecki is coming off a two-year, $2.4 million contract signed with the Senators in 2017.