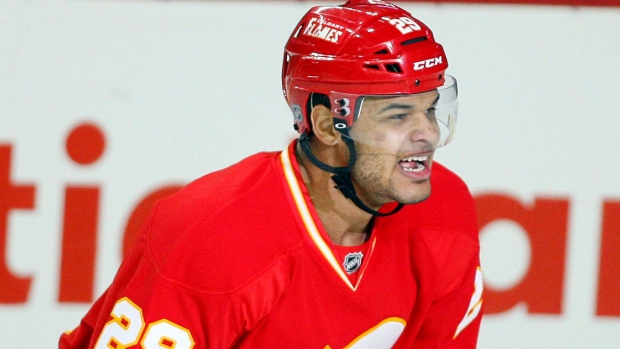 Former NHL player Akim Aliu responded to Calgary Flames head coach Bill Peters' letter of apology to the organization on Thursday, saying he found it to be, "misleading, insincere and concerning."

"I have read the statement of Bill Peters, which I found to be misleading, insincere and concerning," he wrote. "I have accepted an invitation from the NHL to meet and discuss this situation.

"Out of respect for that process I will not respond publicly to the statement or discuss the racism and discrimination that I have endured until after my meeting."

The statement comes one day after Peters released a letter apologizing to the Flames organization and general manager Brad Treliving, while Aliu and lawyer James Bunting met with the NHL Players' Association.

Peters returned to Calgary from Buffalo on Wednesday as the team continued its investigation of Peters' actions, revealed by Aliu via Twitter on Monday night. Assistant Geoff Ward assumed the head coaching duties behind the bench against the Sabres and the team flew home after the game.