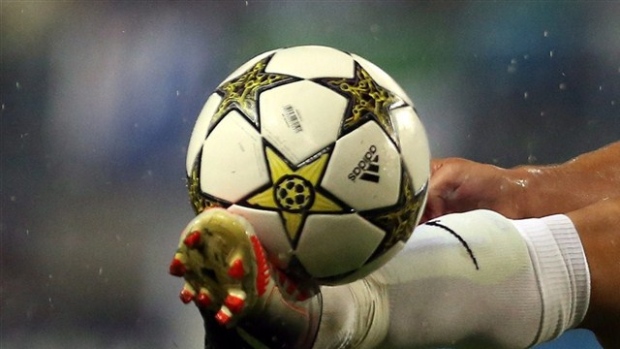 Coach Abelardo Fernández had a nightmare debut in his second stint at Alavés after it was routed 5-0 by second-tier side Almería.

The three losers joined fellow top-flight clubs Atlético Madrid, Getafe, Celta Vigo and Huesca, which all lost in the round of 32.

The three other first-division teams in action on Saturday needed to go to added time to see off their lower-tier rivals.

Spain's football federation overhauled the domestic cup competition two seasons ago, getting rid of home-and-away legs for all rounds except for the semifinals. The move has succeeded in giving more modest sides a better chance to go deeper in the tournament.

Almería’s Sadiq Umar already had the opener by the half hour when Alavés midfielder Tomás Pina was sent off for headbutting an opponent after they apparently exchanged heated words.

More mistakes by the visitors turned into goals for Almería. Goalkeeper Antonio Sivera let a long shot by Ager Agetxe slip through his grasp to make it 2-0 before halftime.

Sadiq used the back of his heel to claim a brace after Sivera and a defender bungled each other’s efforts to stop the striker.

Rodrigo Battaglia headed a cross into his own net in an inept attempt to clear the ball in the 52nd, and a penalty conceded by Xima Navarro sent Almería’s Juan Villar to the spot for the fifth goal.

Abelardo, a former Barcelona defender, coached Alavés from December 2017 to May 2019. After an unsuccessful stint at Espanyol last season, he was rehired by the Basque club on Tuesday to replace Pablo Machín with the club two points above the relegation zone in the Spanish league.

“The first thing I want to do is to ask our fans for forgiveness,” Abelardo said after his team’s defeat. “We played very poorly. We play better or worse, but we must compete, and we did not even do that. I am very disappointed. We hope that this blow will force us to turn this around.”

Cádiz was unable to create a single shot on goal at Girona, which got two goals from Valery Fernández early in the second half to advance to the final eight.

Levante had to go to a penalty shootout to better Fuenlabrada after added time ended 1-1.