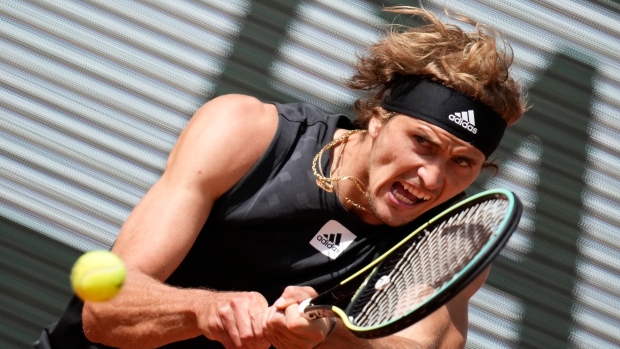 Alexander Zverev had to rally from two sets down and save a match point to reach the third round Roland-Garros.

That’s the good news for the No. 3 seed.

The bad news is Baez was making his French Open debut, and Zverev’s half of the draw includes Novak Djokovic, Rafael Nadal and Carlos Alcaraz.

Zverev had trouble with the 21-year-old Baez’s serve but got his return game in order in the third set.

Zverev saved a match point before holding for 5-5 in the decider and then broke Baez before serving out the match.

The last time Zverev put himself in a two-set hole at Roland Garros it didn’t end as well. He battled back in the semifinals last June against Stefanos Tsitsipas but lost in five sets.