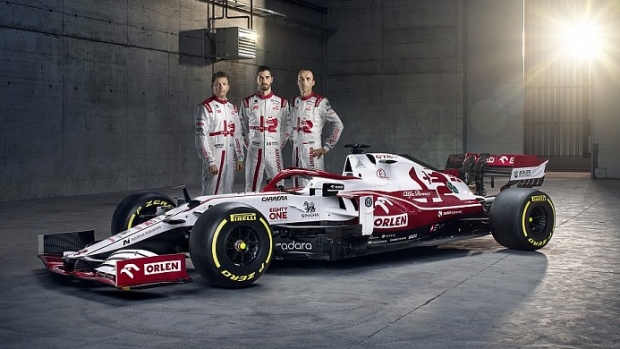 Alfa Romeo Racing became the third Formula 1 team to unveil their car for the 2021 season along with its full-time livery.

The team unveiled the C41 in a virtual event from Poland, home of title sponsor ORLEN.

Alfa Romeo spent their two development tokens for the 2021 season on a new nose and other new front-end features.

Teams get two development tokens per season to upgrade parts of their car as part of an agreement to limit development costs in the wake of the COVID-19 pandemic.

“The C41 is the result of a very unusual situation in Formula One, in which the regulations have made us unable to develop an entire new car for this year," technical director Jan Monchaux said. "For this reason, our 2021 car shares a lot of common parts with the C39, with the exception of those which the regulations forced us to change – such as the floor – and the nosecone, in which we invested our two development tokens."

“The launch of a new car is always an emotional moment, the culmination of months of effort from everyone back at the factory and the start of a new adventure," team principal Frederic Vasseur said. "I think the philosophy upon which the team is based remains the same – we have to do a better job tomorrow than we are doing today."