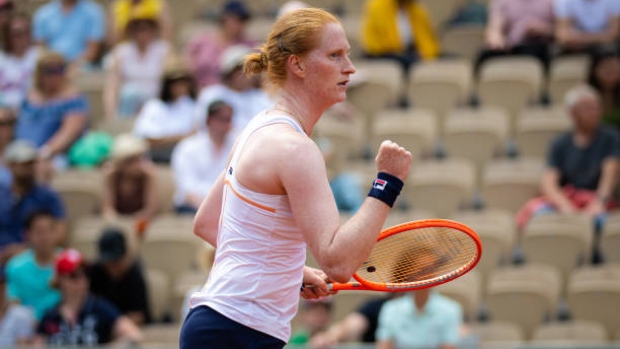 GAIBA, Italy (AP) — Top-seeded Alison Van Uytvanck of Belgium eased into the semifinals of the Veneto Open with another straight-sets victory on Friday.

Van Uytvanck saw off Swiss player Ylena In-Albon 6-4, 6-2, converting her first match point when her opponent sliced a backhand into the net.

Van Uytvanck hasn’t dropped a set this week and will face Harmony Tan in the semifinals after the Frenchwoman beat Ana Bogdan 6-2, 5-7, 6-3.

The Veneto Open is taking place in Gaiba, a town of less than 1,000 inhabitants — making it the smallest town in the world to host a WTA tournament.

It is the first WTA tournament played on natural grass in Italy and organizers are using former soccer fields for the courts. The host tennis club has been nicknamed “Gaibledon” in homage to Wimbledon.