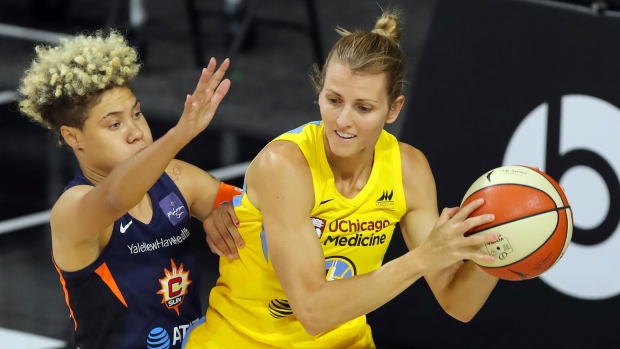 Chicago had a 14-point lead entering the fourth quarter, but it was cut to 70-65 with 5:21 remaining. Courtney Vandersloot answered with a three-point play to start a 7-0 Chicago run for a double-digit lead.

Vandersloot finished with 12 points and five assists for Chicago (6-3). Azurá Stevens added 10 points. Chicago was just 1 of 11 from 3-point range but outrebounded Phoenix 38-26.

Diamond DeShields made a floater in the lane just before the halftime buzzer to extend Chicago’s lead to 42-36.

Skylar Diggins-Smith and Sophie Cunningham each scored 15 points for Phoenix (5-4), which had won five of its last six games. Brittney Griner, averaging 18.4 points per game, was just 3 of 11 from the field for nine points.