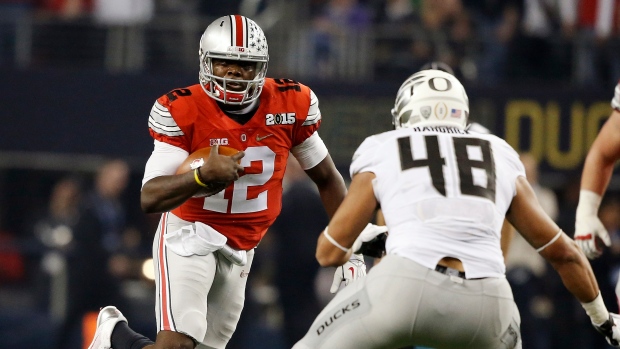 The Montreal Alouettes have the CFL negotiation rights for Ohio State quarterback Cardale Jones, according to TSN's Farhan Lalji.

There has been speculation that he should declare for the NFL Draft, but Jones has stated he doesn't think he's ready to make that step.

Jones only threw for 860 yards with seven touchdowns and two interceptions over seven games (just three starts) this season in a backup role.