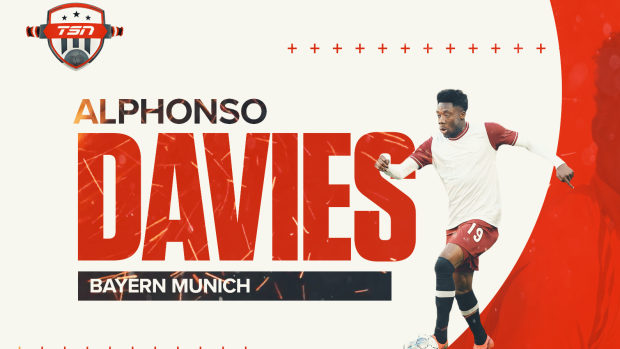 It could be argued that there has never been a better crop of Canadian men’s soccer talent than there is playing on pitches around the globe right now – from Major League Soccer in North America, to the English Football League Championship and German Bundesliga.

With that in mind, we asked TSN Soccer Analyst Kristian Jack to put together his current top 10 list of Canadian men’s players for a TSN Soccer Special that aired on Thursday night.

The ranking criteria is based on who is the most valuable on the field today, not who has the best career resume or who has the most potential going forward. 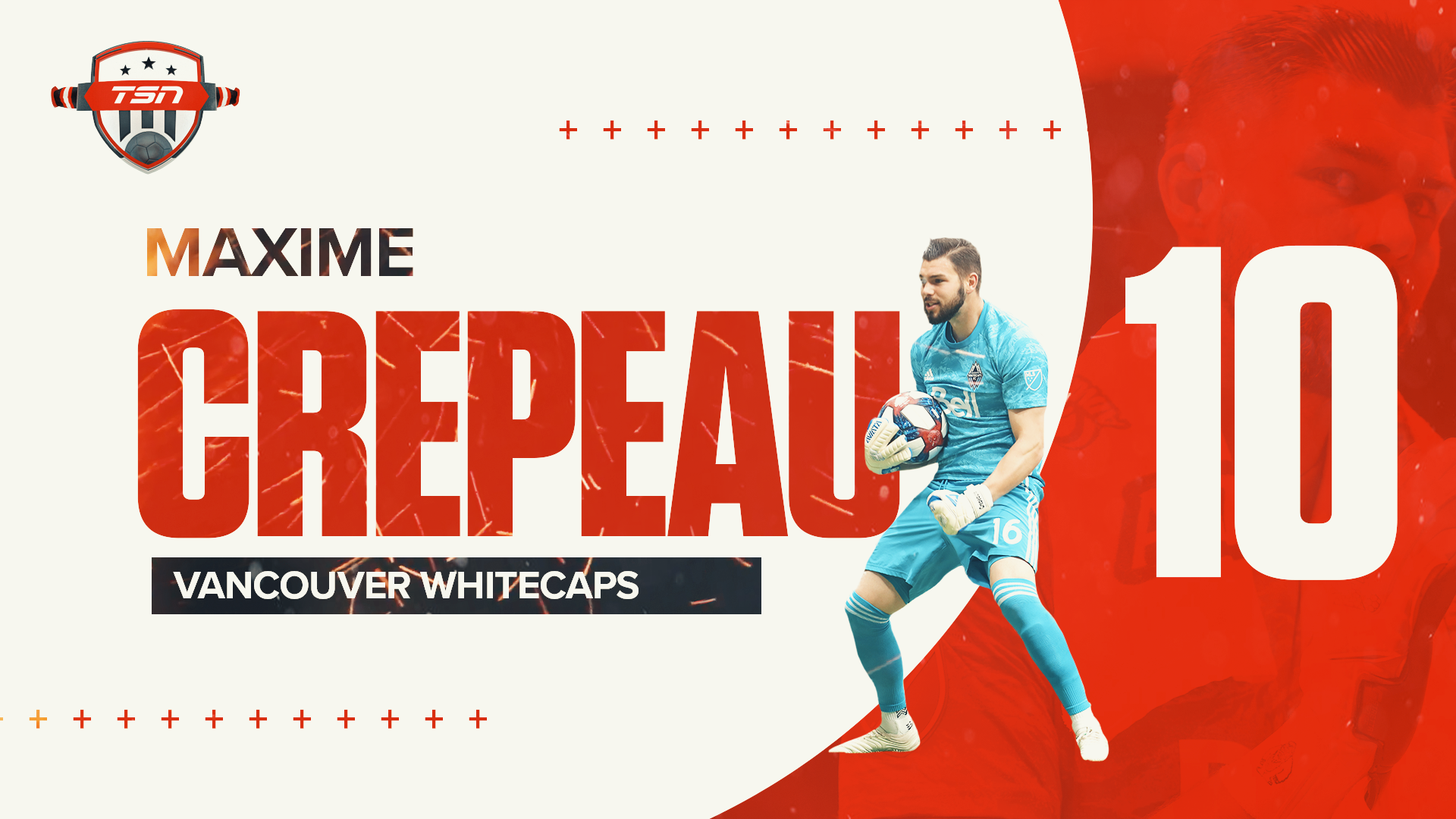 The time for the Vancouver Whitecaps netminder to take over the starting goalkeeper position for Canada is now. Milan Borjan is still playing vital minutes in Europe’s elite competitions for Red Star Belgrade, but Crepeau has all the attributes needed to be Canada’s number one. Coaches and defenders who work with him rave about his calmness and how contagious that can be. Last season he was tremendous for the Whitecaps in a difficult campaign for the club. This spoke volumes about his attitude and as his confidence started to grow, so did his impact on teammates with club and country. Throughout the year, the Quebec-born Crepeau was a fantastic professional on and off the pitch. If Canada commit to him in net going forward, he could become one of the required pillars this program needs to build an important foundation heading towards 2026. 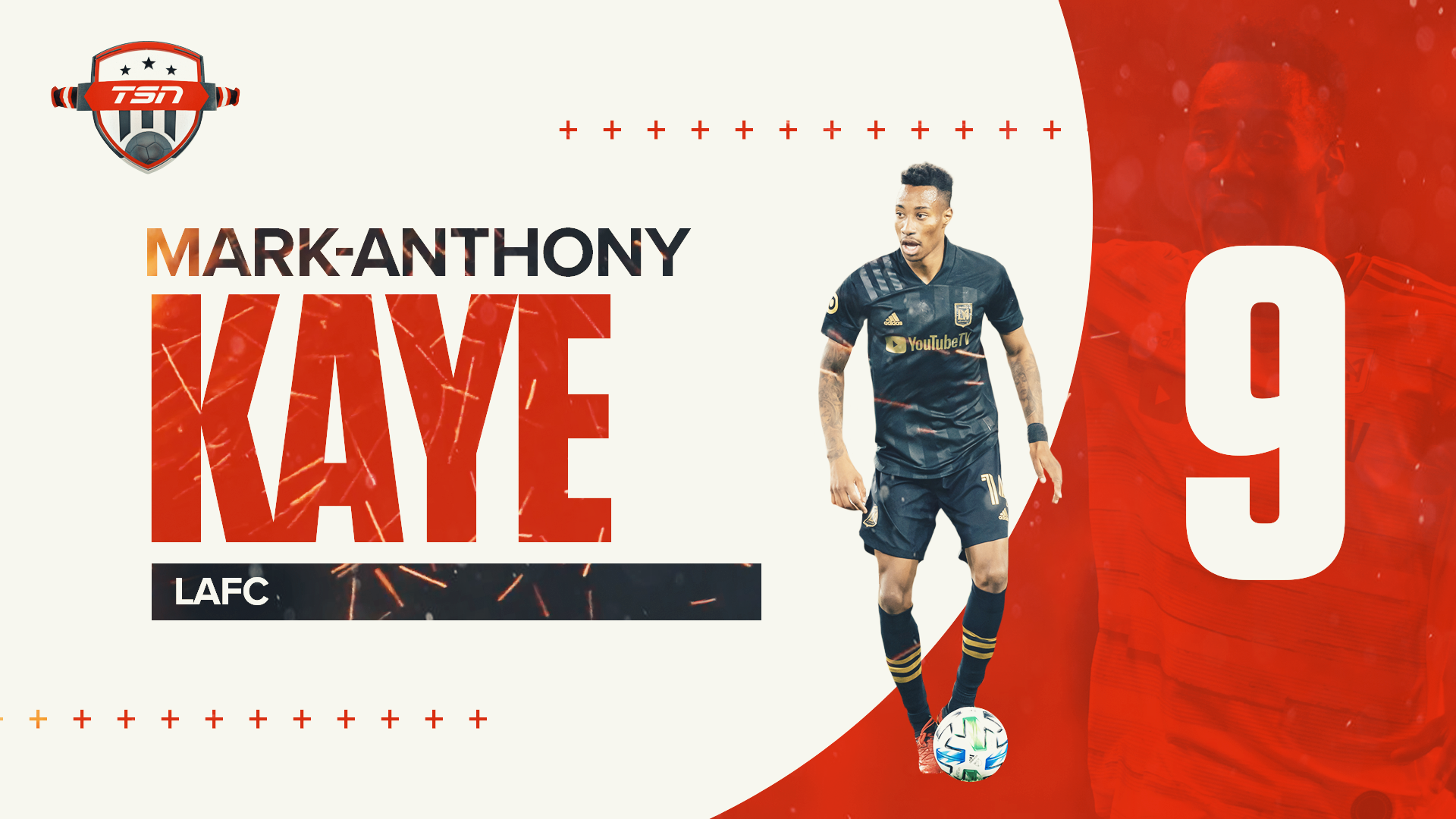 The 2019 MLS All-Star is now a valuable player on arguably the best team in Major League Soccer in LAFC. The left-footed midfielder gives boss Bob Bradley great balance in a 4-3-3 shape, and the belief Bradley has shown in Kaye has allowed the former Toronto FC academy player to blossom and perform at levels required to make a difference for a team that has, at times, looked like the best MLS has ever seen. The 25-year-old is now being scouted by European teams and will hope he can play the 2020 season absent of any injuries that cruelly ended his 2018 campaign and prevented him from being at his peak at the end of 2019. 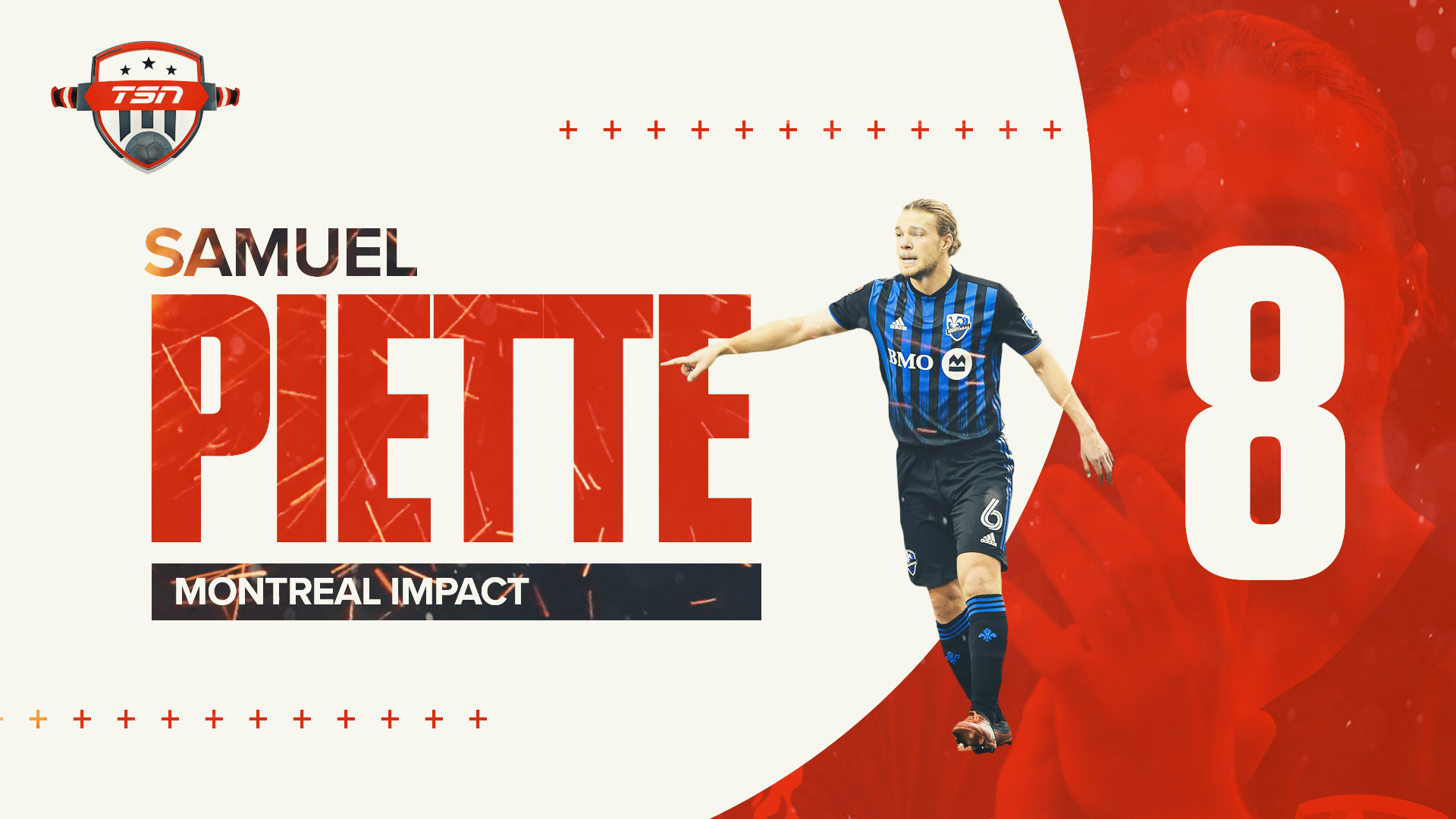 There are many puzzle pieces that will need to fit together for Canada to be successful at an upcoming World Cup, but those in charge of that pursuit know too well just how big a piece the 25-year-old Piette is in those plans. Canada and Montreal Impact know that when Piette plays well his team plays well. Montreal’s most consistent performer the past two seasons has seen the club change dramatically around him during that time, while he has remained, literally, central to their success. Piette’s positioning at the base of a midfield three or inside a double-pivot with another partner is crucial to his side. Now, alongside a player like Victor Wanyama in Montreal, he can develop even more to truly become one of the league’s most powerful midfielders. 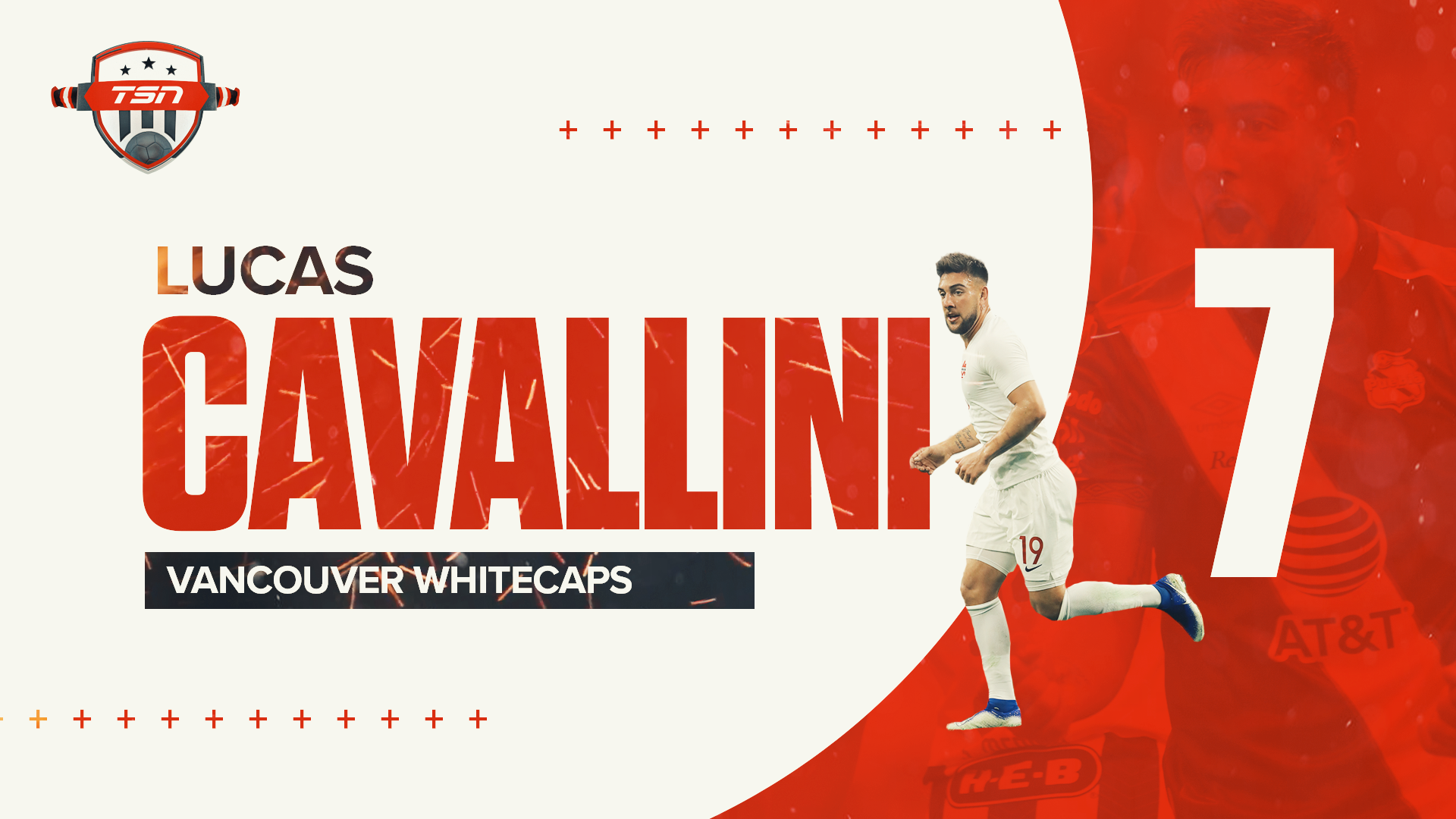 The new Vancouver Whitecaps striker is like many Canadian players when it comes to his home nation not truly understanding how good he is. The faith and finance the Whitecaps offered him should go a long way towards resolving that, and Cavallini seems happy to bring his family home and determined to repay the belief the Whitecaps have shown him. Now 27, and in his prime physically, the Toronto-born forward will relish playing against many MLS defenders who will feel the strength he brings and the desire he has to be in the penalty box on the end of chances. 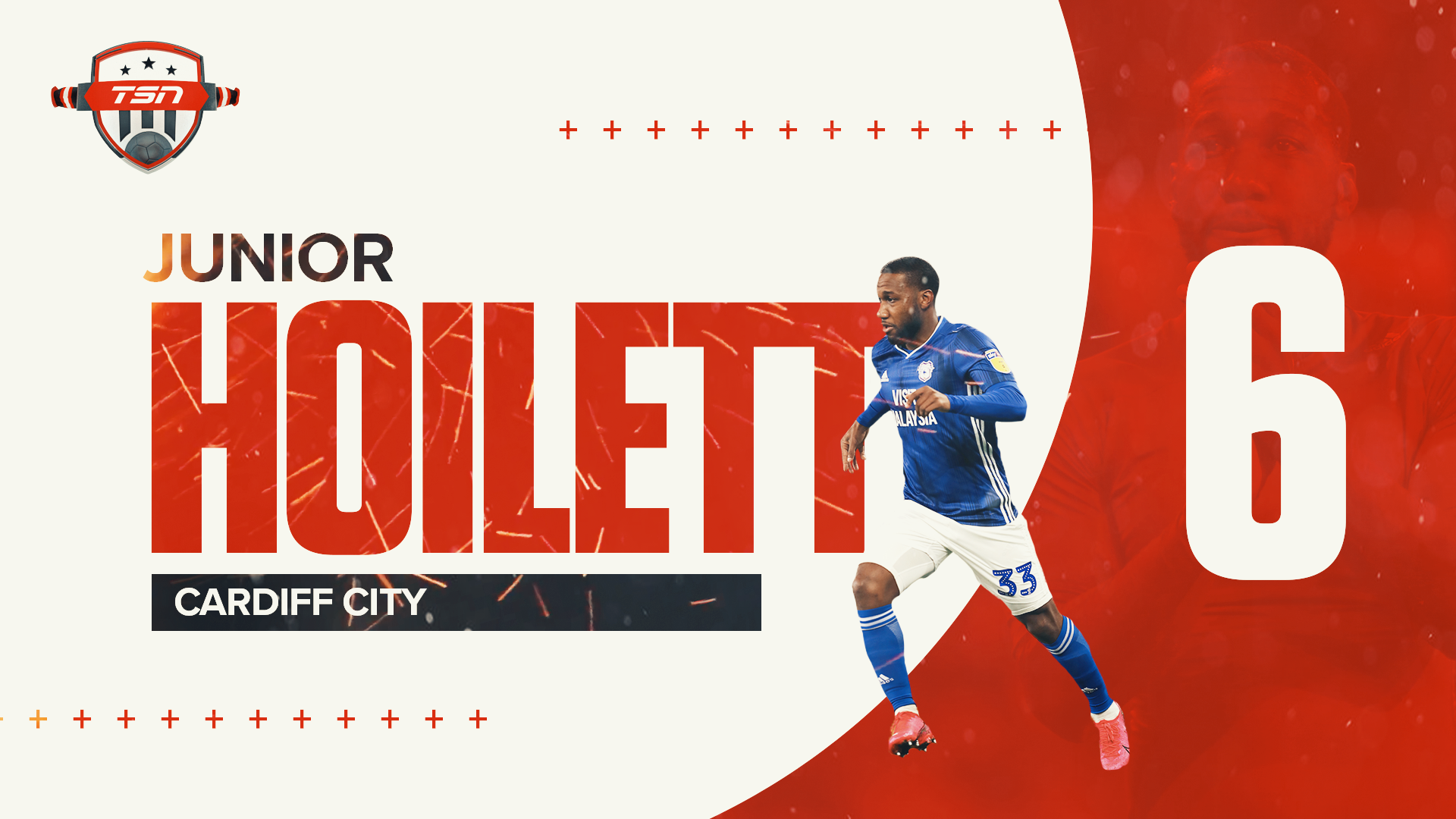 It is hard to believe Hoilett will turn 30 this year and it will soon be five years since his long-anticipated international debut for Canada that many feared would never come. There is still no one who strikes a ball better in front of goal for this country than the Cardiff City winger, who has a wonderful way of making the hardest thing in the game (scoring) look easy. The sporting world moves fast and suddenly Hoilett has found himself as a senior member of the squad, sometimes asked to come off the bench in big games and make an impact should Canada need more defensive reinforcements behind a front two. This shouldn’t lessen the impact the Brampton-born man has on Herdman’s team, however, and expect Hoilett to become a big part of Canada’s success against fellow Concacaf opposition should they take the likely route outside of the Hexagonal round when fighting to qualify for the 2022 World Cup. 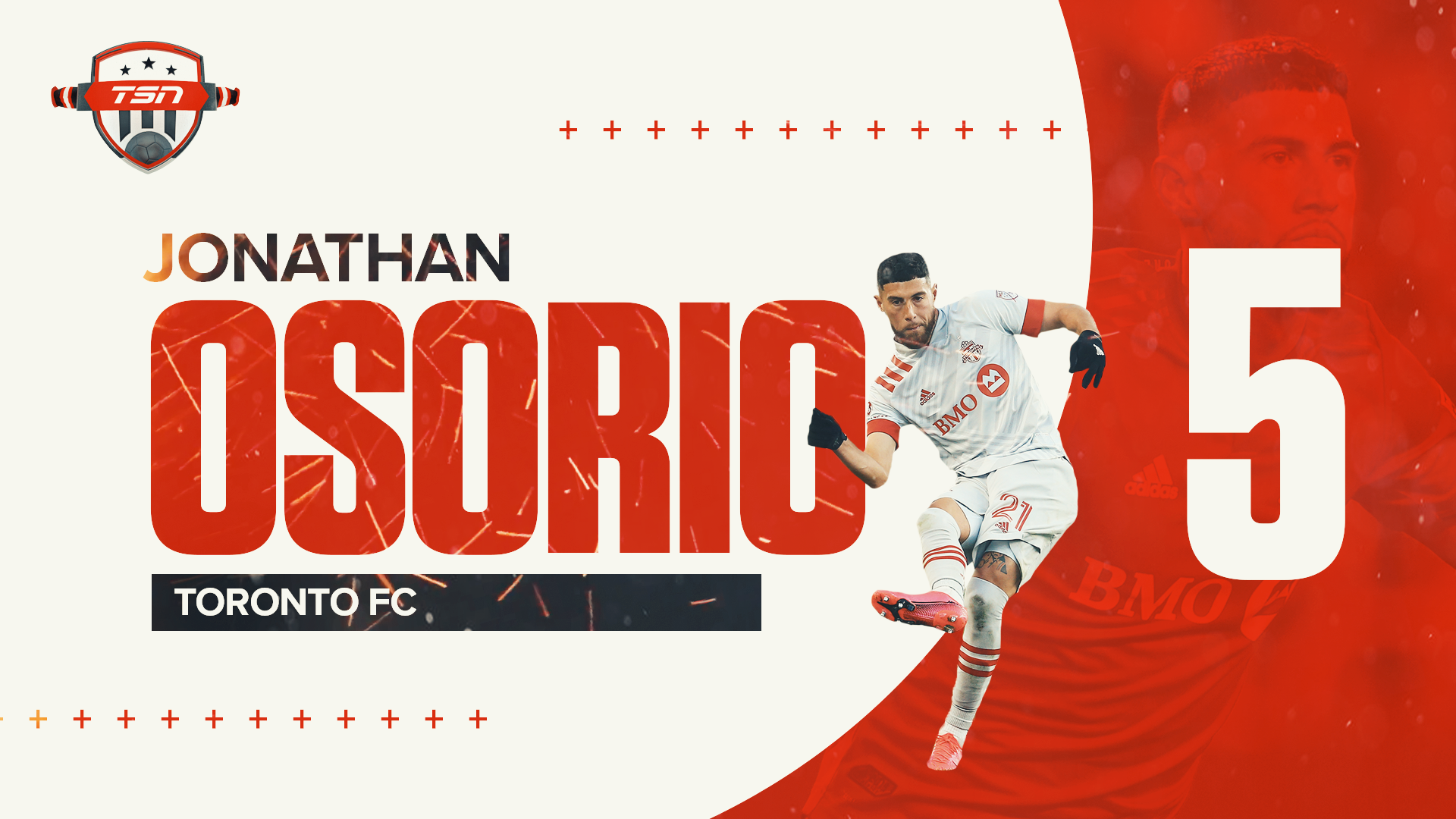 Canada, we need to talk about Jonathan Osorio. If this player was American playing for an MLS team in the United States his following and reputation would be far, far higher. Some would argue that doesn’t matter and they may be right, but as a nation we can play a role here. Here is what those in Canada who watch and play with him regularly know: He is unquestionably one of the best midfielders in MLS. He is unquestionably one of the best players on one of the best teams in the league and is a coach’s dream with his versatility and attitude. This time last season, Osorio was playing wide in a front three because his team lacked impact wingers. Eventually, he was placed in a midfield three where his supreme reading of the game shone, and his fantastic fitness levels allowed him to contribute to a midfield that won that side of the game every week down the stretch. He was brilliant for Canada in a higher midfield role between the lines at home to the United States and for Toronto FC in the MLS Cup where he was one the game’s best players. Osorio has now adapted extremely well to Toronto FC boss Greg Vanney asking him to play as a ‘six’ at the deepest position in their midfield. 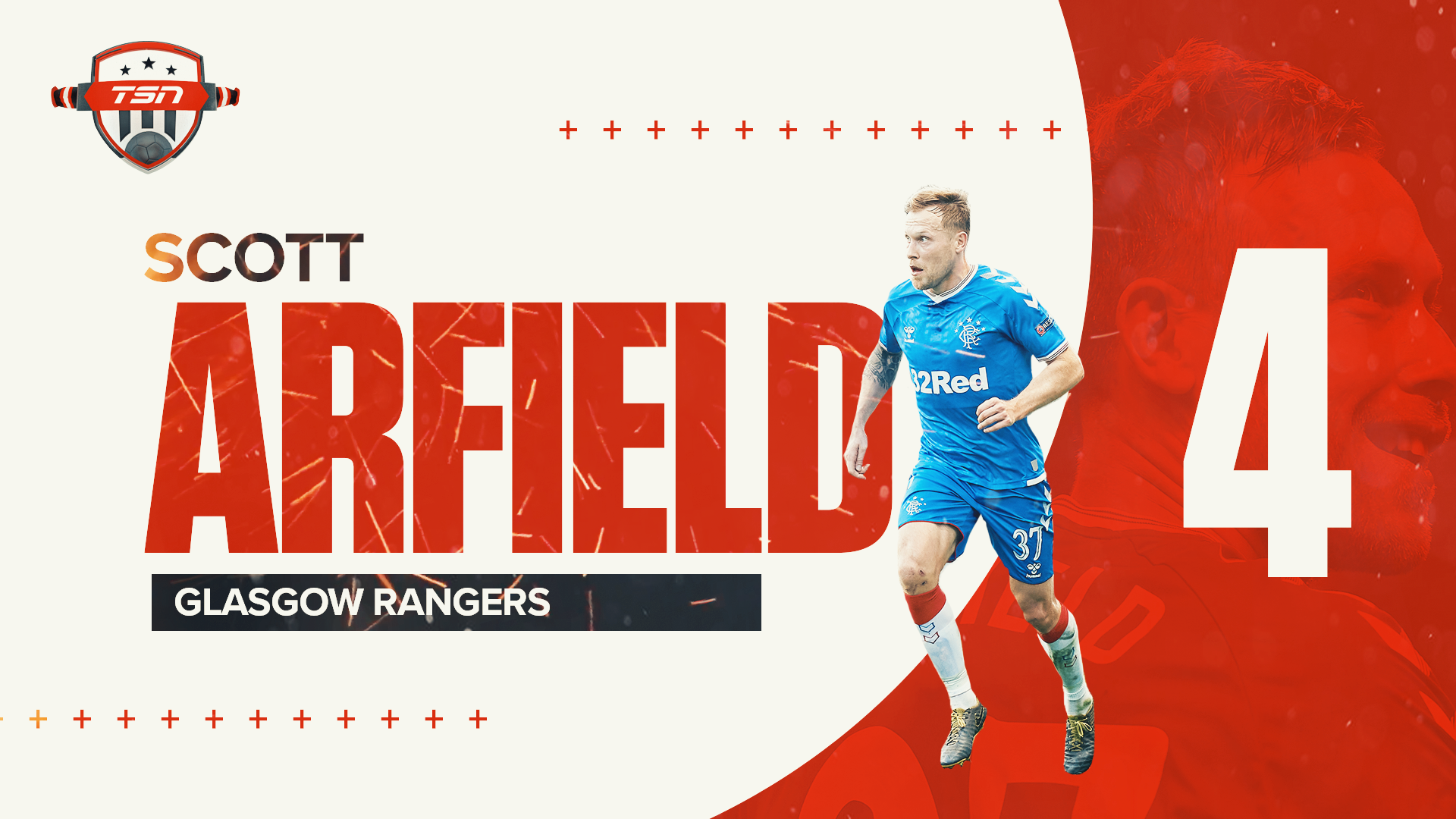 The Rangers midfielder’s decision to play for Canada back in 2016 could not have come at a more ideal time for the program. The Scotland native, eligible for Canada through his father, brings a mindset and determination to the camp that can be a big influence on the younger members. You don’t play regularly for a team like Rangers without that mental toughness and his manager, Steven Gerrard, has backed Arfield this season when he has occasionally struggled for form due to some personal issues. To Arfield’s credit, that’s where those issues remain and his ability to fight through and become a pivotal member of Gerrard’s team says a lot of the man. Tempo of games never swallow up Arfield, who has a brilliant engine to press opponents from deep positions in midfield or even play higher between the lines like he has been asked to do recently by John Herdman for Canada in a 4-2-2-2 shape. 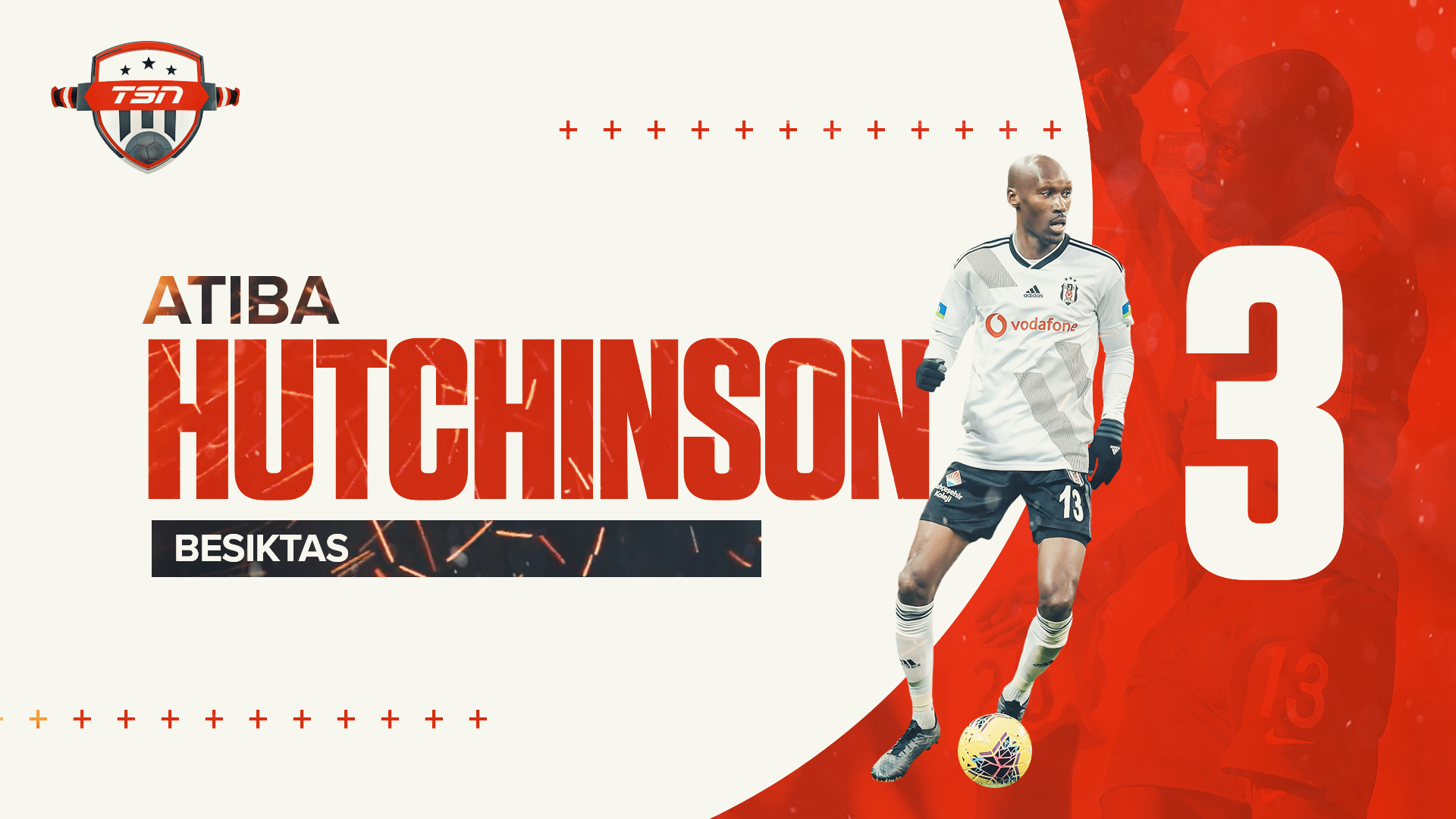 The graceful midfielder is one of the most under-appreciated players in the history of Canadian sport and that’s absolutely fine with him. The majority of Hutchinson’s career has been played in European countries where Canadians have little access to television coverage. Yet here is he today at 37 still playing meaningful minutes each week for Besiktas in Turkey, where he is idolized amongst a passionate and intelligent fan base. Hutchinson is an elegant player in a position that requires toughness, and he consistently shows calmness in the way he reads the game and passes the football. Now the veteran member of an exciting young group of Canadian players, he has found himself still wanting to be a part of a national team that he admits is more talented than it has ever been in his career. 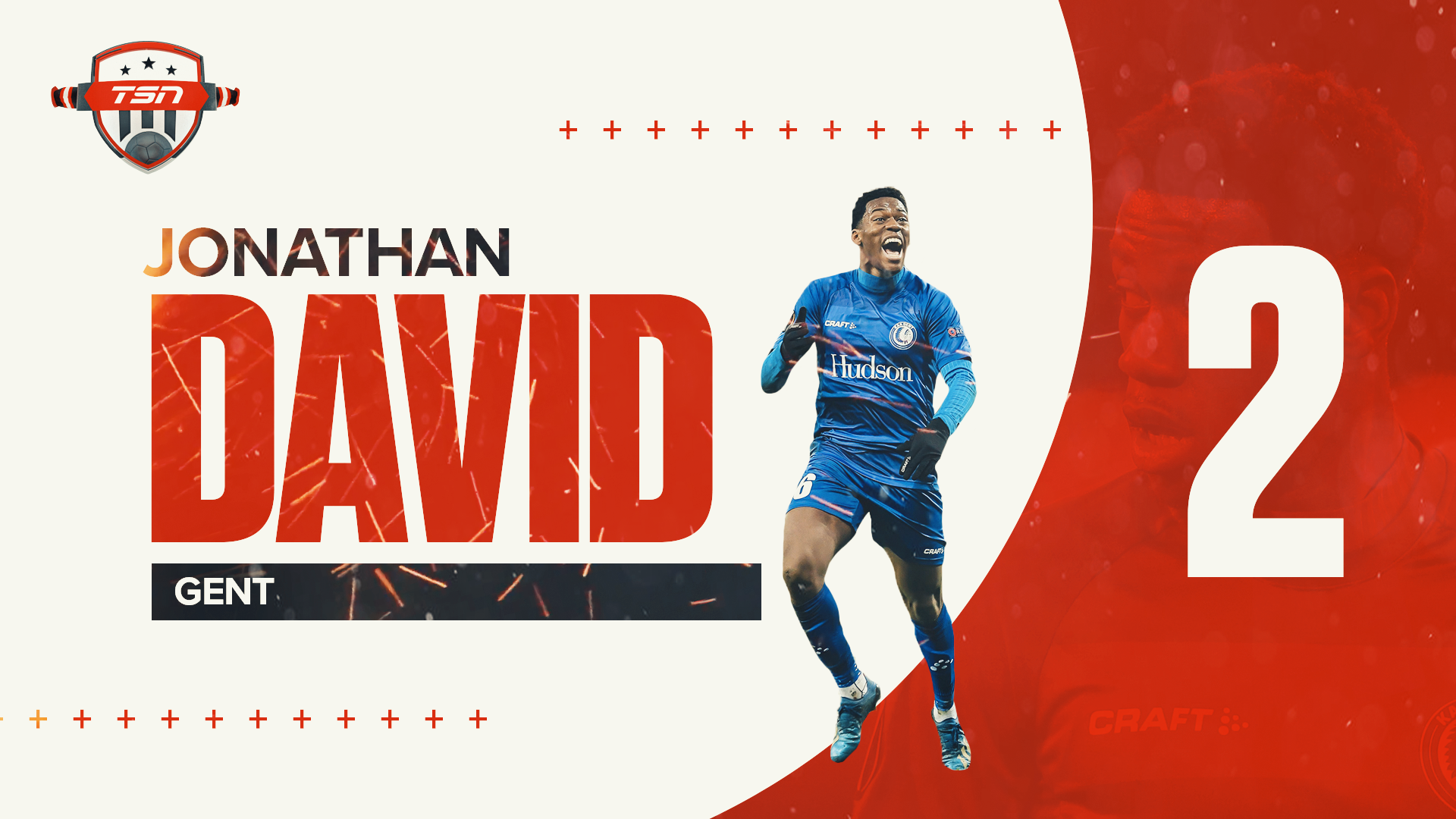 The secret is out, Canada. What many of us have known for almost two years is now known across the football world. Davies may be a household name in Canada amongst sports families, but it is time for those conversations to extend to David because he has the potential to be even better than the Bayern Munich man. Currently playing in Belgium with Gent, David has had a brilliant season, showing remarkable poise in front of goal, scoring 23 goals in 40 games. At 20, David has what scouts look for - calmness in front of goal, pace, versatility to play anywhere across a front three or behind a natural nine and, above everything else, humility and a fantastic work rate that has allowed him to become one of the hottest young properties in European football. David will move this summer for a lot of money and his next destination will be crucial and has to be a place where he will continue to play. 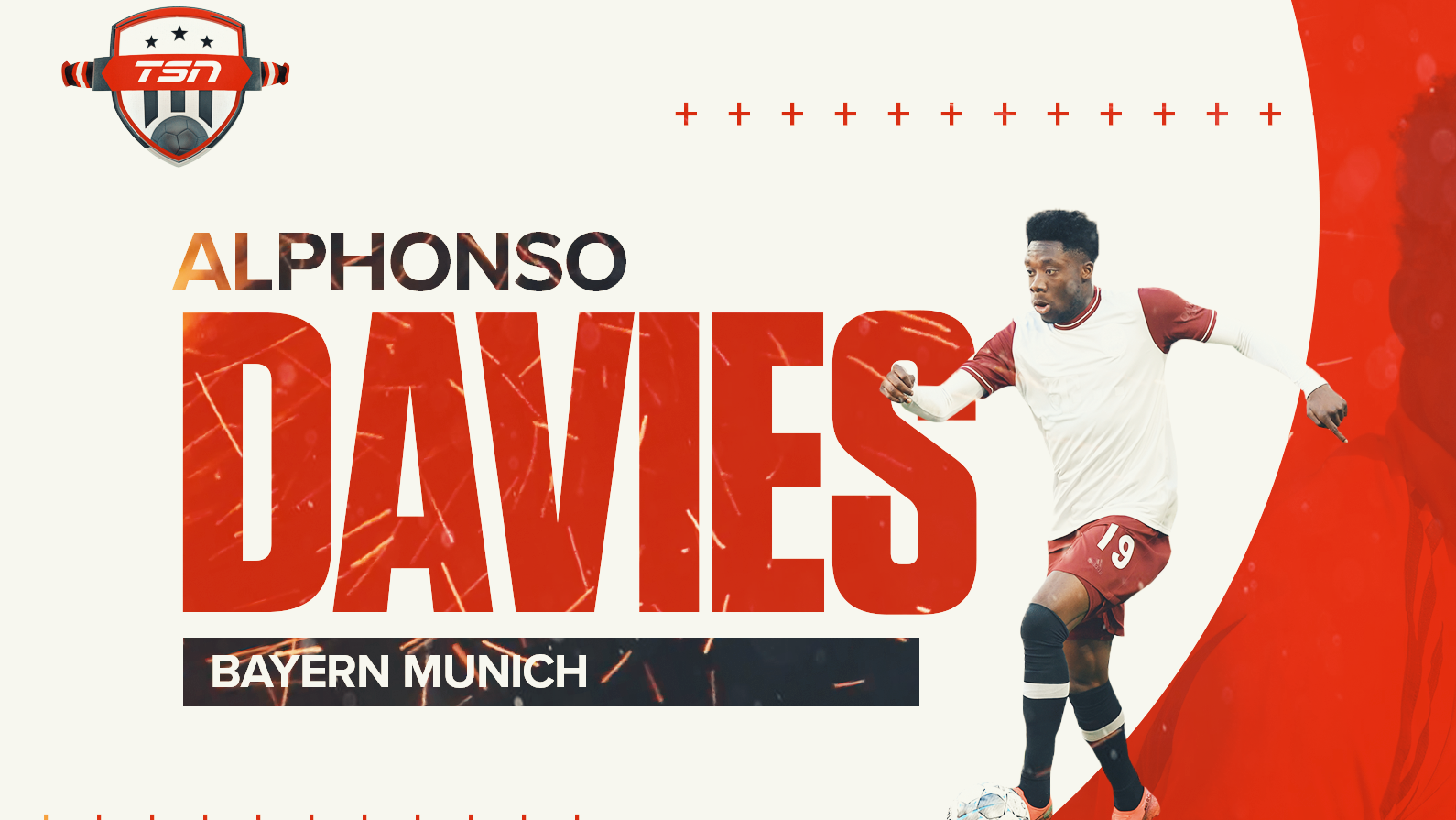 For many Canadian Soccer fans who have followed this team for years, the thought of a teenage star from their country consistently performing well for one of the world’s top clubs was so far beyond realism that it wasn’t even a dream. What Davies is doing for Bayern Munich is unprecedented in the history of this great nation, and, at 19, he is not only the undisputed best player for his country, but is widely considered as one of the best teenagers in the world. Davies is blessed with sensational pace that has helped him excel at left back for Bayern, but his overall reading of the game has helped him reach new heights with the German champions. This level of football intelligence from left back gives Davies crucial in-game decisions to make, often making initial contact with the ball from a deep position and driving forward to put opponents in a vulnerable position rather than having to wait to contribute to attacks near completion if he played on the wing.

TSN Soccer will present its list of the top 10 Canadian women's players during a special hosted by Kate Beirness on April 9. The show airs on TSN3 at 7:30 p.m. ET.