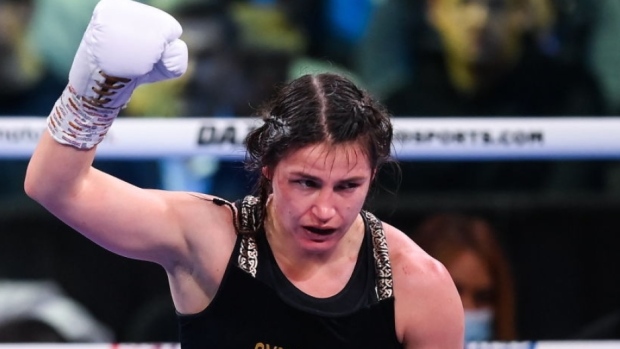 History being made! 🥊 The first female bout to headline Madison Square Garden.

Taylor is No. 1 and Serrano No. 2 in ESPN's women's pound-for-pound rankings. It will be the sixth time Taylor has put her title belt on the line since capturing it in 2019.