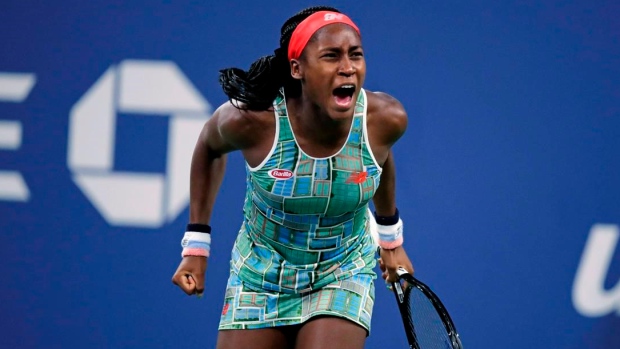 LINZ, Austria — Coco Gauff is still just 15. She also is already the owner of a WTA singles title.

The American beat 2017 French Open champion Jelena Ostapenko 6-3, 1-6, 6-2 in the final of the Upper Austria Ladies tournament Sunday, making Gauff the youngest winner of a singles trophy on the WTA tour since 2004.

"This is a special moment for me," Gauff said.

And Gauff managed to do it after losing in the last round of qualifying, then moving into the main draw as a "lucky loser" when another player withdrew from the field.

"I'm still overwhelmed and shocked," Gauff said, according to the WTA's website. "I guess it's crazy to say it's my first WTA title. This was definitely not on the calendar at the beginning of the year, because I didn't think I'd have a chance to get in, and now I'm the champion, so it's crazy."

This week's run, which including a victory over Kiki Bertens for her initial top-10 win, was the latest impressive performance for Gauff, who is now expected to rise inside the top 75 when the new WTA rankings are released Monday.

She was just 313th when Wimbledon began on July 1. That's where she really burst onto the scene as the youngest qualifier in tournament history, then beat five-time champion Venus Williams along the way to making it all the way to the fourth round.

Gauff claimed her first WTA doubles title at Washington in August, pairing with Caty McNally, before getting to the third round in singles at the U.S. Open.

Gauff is now the youngest woman to win a WTA singles championship since Nicole Vaidisova of the Czech Republic earned two by the age of 15 years, 5 months in 2004.

Ostapenko, who is 22, has been ranked as high as No. 5 and currently is No. 72. She has won two tour-level titles, the first coming at Roland Garros 2 1/2 years ago.