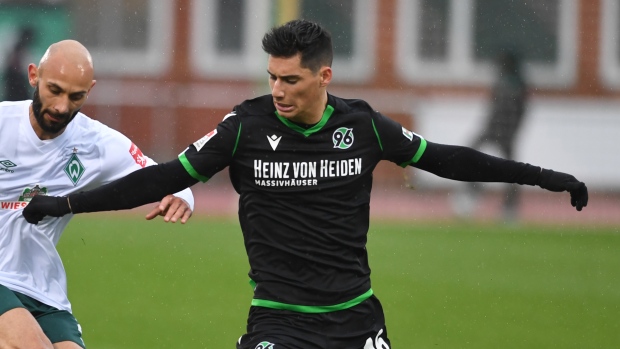 American forward Sebastian Soto has agreed to a three-year contract with Norwich, a team relegated to England’s second-tier League Championship after finishing last in the Premier League.

Soto scored four goals for the U.S. at last year’s Under-20 World Cup as the Americans reached the quarterfinals.

He did not score any goals in 2019-20, making two substitute appearances for relegated Hannover in the German second tier and getting three starts for Hannover II in the third tier.

Norwich announced the agreement on Tuesday, his 20th birthday.