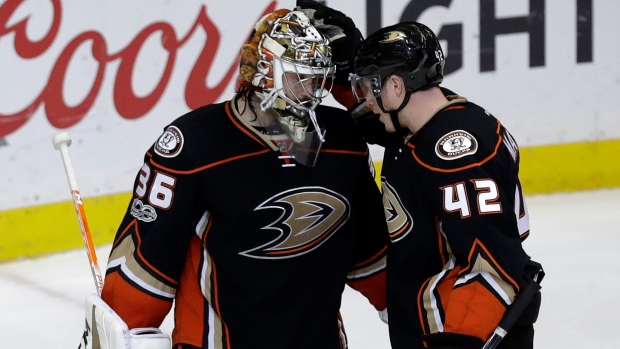 The Anaheim Ducks will be without Josh Manson for the next six weeks as the veteran defenceman is sidelined with an oblique injury.

INJURY UPDATE: Defenseman Josh Manson will be out approximately six weeks with an oblique muscle injury, suffered Monday vs. Minnesota. He has been placed on IR. pic.twitter.com/KaLdDoDPiW

The 29-year-old has appeared in three games with the Ducks this season, his seventh in Anaheim.

Selected by the Ducks in the sixth round of the 2011 NHL Entry Draft, Mason has 21 goals and 76 assists over 388 career games in the NHL.