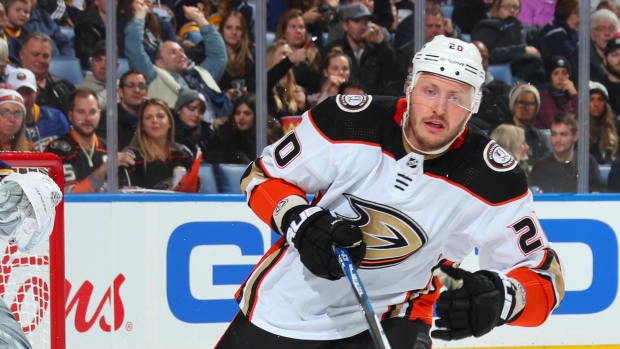 The Anaheim Ducks announced Saturday that they have signed left wing Nicolas Deslauriers to a two-year contract extension.

NEWS:
We have signed Nicolas Deslauriers to a two-year extension. https://t.co/zl31LpBggp

The extension will keep Deslauriers in Anaheim through the 2021-22 season. Terms of the deal have yet to be disclosed.

In 46 games this season, Deslauriers has scored two goals and assisted on five.

Deslauriers, 28, is in his seventh season in the NHL. He was drafted by the Los Angeles Kings in 2009 and played for the Buffalo Sabres and Montreal Canadiens since 2013.

The Ducks acquired Deslauriers last June in exchange for a 2020 fourth-round pick.