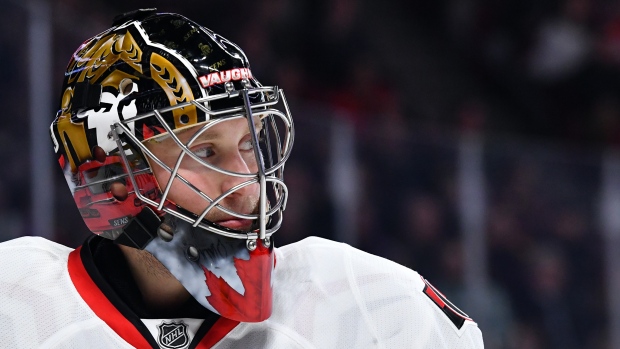 OTTAWA — Craig Anderson will start in net for the Ottawa Senators against the visiting New York Islanders on Saturday afternoon, ending a two-month absence.

It is expected that Andrew Hammond will be waived and sent down to the American Hockey League's Binghamton Senators.

Anderson had been on a leave of absence from the team as his wife Nicholle battled nasopharyngeal carcinoma, a cancer that starts in the upper part of the throat behind the nose and near the base of skull.

He resumed practising with the team in late January to get back into game shape.

Anderson's last appearance came Dec. 5 in an 8-5 loss to the Pittsburgh Penguins. Boucher turned to Mike Condon over the last two months — he has made 27 consecutive appearances — with Anderson away and Hammond sidelined with a high ankle sprain.