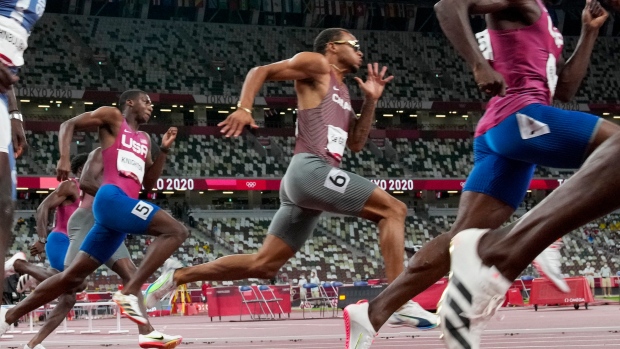 Jamaica had the fastest time on the morning of 37.82, while China ran 37.92 for second-place over Canada in a decision that was determined by thousandths of a second in a photo finish.

Aaron Brown, who was sixth in Wednesday's 200 metres, ran the lead-off leg, followed by Jerome Blake and Brendon Rodney. Racing for the seventh time of these Games, De Grasse took the baton from Rodney in about fifth place, before churning down the homestretch to cross the line alongside China.