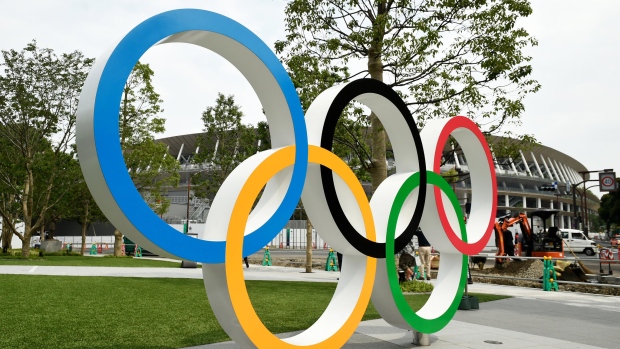 The U.S. Center for SafeSport has just begun investigating the 51-year-old Florida-based track coach, Reider's lawyer Ryan Stevens said in a statement to The Canadian Press.

"We have received no evidence whatsoever about the claims," Stevens said in the statement. "The SafeSport Code defines 'sexual misconduct' broadly."

Stevens added that his client has not received a notice of allegations, meaning "their investigative efforts are incomplete or have just begun ... Rana does not deserve to have his name and reputation dragged through the mud without any evidence or due process."

The allegations against Reider have not been tested in court.

De Grasse and his partner Nia Ali, the reigning women's world 100-metre hurdles champion from the U.S., left Phoenix to train with Reider in Jacksonville, Fla., in December of 2018.

SafeSport, which oversees sexual misconduct and other abuse allegations within the U.S. Olympic and Paralympic community, said in a statement, "The United States Center for SafeSport does not comment on matters to protect the integrity of the investigative process."

Athletics Canada said in a statement that it is suspending "any payments to Mr. Reider for his work with Canadian athletes pending the outcome of said investigation."

Athletics Canada said, based on the information it has currently, no Canadian athletes are involved in allegations.

UK Athletics, Britain's governing body for track and field, said in a statement to The Canadian Press that, based on information it received from SafeSport, "multiple complaints of sexual misconduct have been made against coach Rana Reider and that an investigation in the U.S. is imminent."

Following the allegations, first reported by British newspaper the Guardian, UK Athletics instructed its athletes in Reider's group to cease training with the coach until the conclusion of the investigation.

"As part of UK Athletics commitment to ensuring appropriate conduct is consistent across all areas without any exceptions, we completed additional due diligence where issues have been raised about the support personnel of UK athletes," UK Athletics said.

UK Athletics said its athletes who choose to remain part of his group will have their membership into the World Class Programme suspended, meaning they would lose funding and be excluded from international competitions.