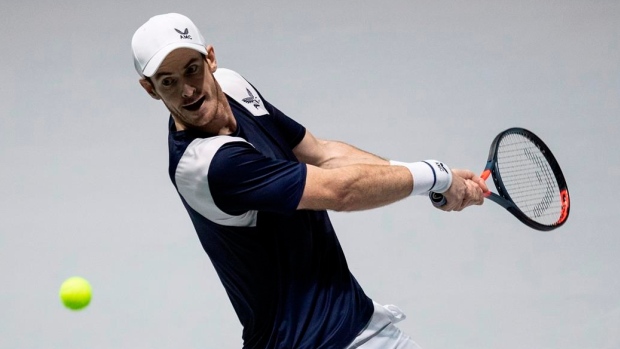 MIAMI — Andy Murray is holding out hope of being able to return to competition at the Miami Open in a few weeks, barring a setback.

The three-time major champion and former No. 1 hasn't played a match since the Davis Cup Finals in November. He said last month he might need yet another surgery related to the hip problems that already have led to two procedures.

In an interview clip released Thursday on Twitter by Amazon Prime Video, with whom he made a documentary about his return from two hip operations, Murray said he's "training to try and get ready for Miami."

Murray said he went through a three-month period during which he only hit tennis balls twice, for about 40 minutes each time.

"I've done so much rehab these last few months that, in terms of, like, my strength and everything, all of the muscles around the hip are working well," he said. "It's just, I hadn't played tennis."

Murray was chosen the ATP's 2019 comeback player of the year after returning to the tour and winning titles in singles and doubles despite thinking in January he would need to retire.