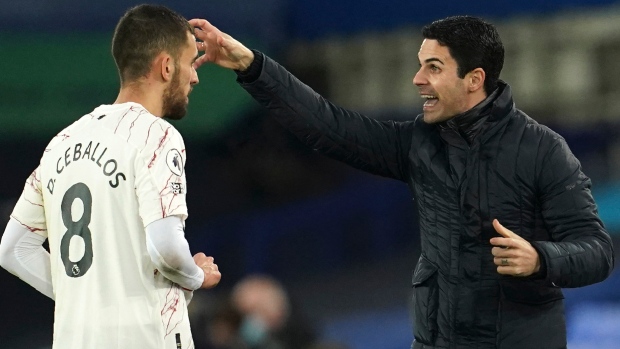 A defiant Arsenal manager Mikel Arteta hit back at media criticism of him and his club following Wednesday's 1-0 win over Chelsea.

Speaking with the BBC, the Spaniard rejected reports that he had questioned the character of his players ahead of the match.

"I don't accept somebody putting words in my mouth that I don't say," Arteta said. "When it's related to my players, they're going to hit a wall. They can try to give their opinions from the outside, that's fine, but to try to break what we have inside there is not possible."

The Gunners' 25-year streak of European football is under threat, but the win against their London rivals has kept hopes alive. With two matches remaining, Arsenal sits in eighth, one point behind Tottenham Hotspur in seventh, the final spot for European places. Spurs has a game in hand.

Arteta insists that his club is proud to fight on.

"Nothing is broken inside [Arsenal]," Arteta said. "I don't know how they want to try from the outside. They try to put things on me that I never said. You can see the spirit of the team from the first minute. You can never doubt the efforts. I said if I don't get 120 per cent off each player, it's my fault and responsibility. It wasn't like this in the press. I'm so annoyed by that."

The Gunners finish their campaign with a visit to Selhurst Park and London rivals Crystal Palace on Wednesday, before returning home to host Brighton on the final day of the season on May 23.