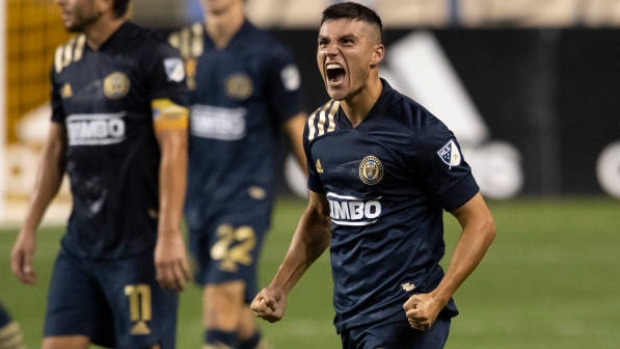 CHESTER, Pa. — Anthony Fontana had his first multi-goal game in MLS, including the winner in stoppage time, and the Philadelphia Union beat the New England Revolution 2-1 on Saturday night.

Fontana, a 20-year-old homegrown who went into the game with two career goals, stopped a New England clearance attempt just outside the area and ripped a right-footer inside the post to make it 2-1 in the fifth minute of stoppage time.

Philadelphia (6-2-3) has won back-to-back games and four of its last five to pull within three points of MLS-leading Columbus.

Fontana scored from point-blank range with a chip shot to open the scoring in the 73rd minute, and Tajon Buchanan answered with a goal for New England (3-3-5) in the 81st.

The Revolution have lost two of their last three games.