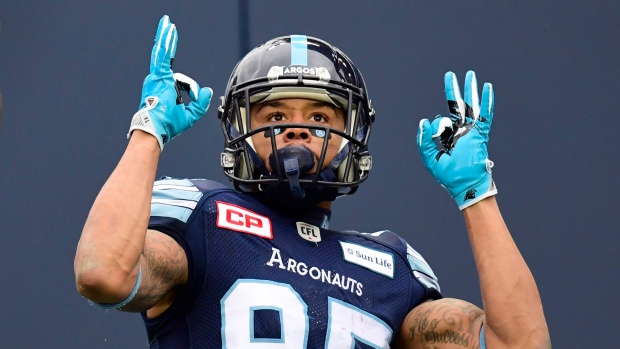 Former Toronto Argonauts wide receiver DeVier Posey was cut by the Baltimore Ravens as they pared their down to 53 players this weekend, and the Toronto Argonauts are interested in having the 28-year-old return to the Double Blue.

TSN Football Insider Dave Naylor said the Argos have already reached out to Posey, last year's Grey Cup MVP, and believe there is mutual interest in a return. Naylor added however, the BC Lions, who are looking to replace Manny Arceneaux after he was lost for the season due to injury, as well as maybe some other teams, could be interested in Posey's services.

In 12 games for the Argos last season, Posey had 52 receptions for 744 yards and seven touchdowns.