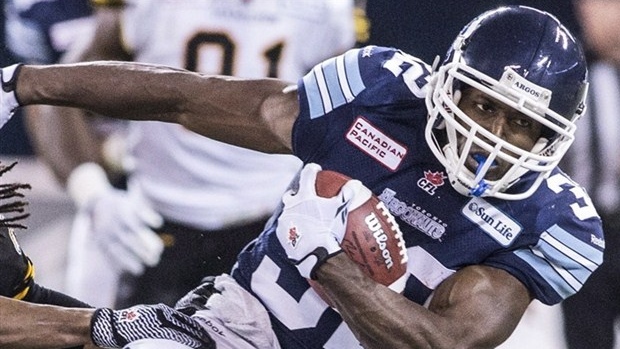 The Toronto Argonauts are preparing to make do without running back Andre Durie, possibly for the rest of the year.

Durie suffered the injury in Sunday's overtime victory over the Saskatchewan Roughriders.

The 33-year-old had one rush for two yards and no catches before exiting. He was later seen on crutches.

Durie caught seven passes for 63 yards in the Argonauts season opener against Edmonton.

He has been with the team since entering the CFL in 2007.