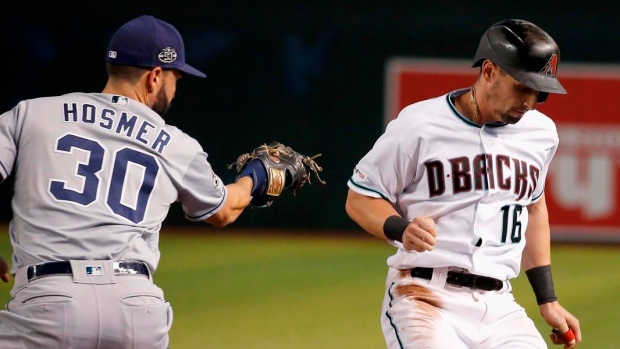 Manager Torey Lovullo said on Wednesday that Locastro tested positive on Tuesday night and would be out for 10 days unless there had been a false positive. Lovullo added that Locastro feels good and currently has no symptoms.

The 28-year-old Locastro is expected to have a sizable role with the Diamondbacks this season, either as the starting centre fielder or a versatile backup outfielder. He hit .290 last season with two homers and four stolen bases in 33 games.

“He's doing good,” Lovullo said. “I got the information last night, spoke to him this morning and he's in the protocol and feeling fine.”

Lovullo said he had “minimal concern" that Locastro's positive result would lead to widespread COVID-19 issues on the roster. Catcher Stephen Vogt missed a few days early in camp because of a positive COVID-19 test result but has since returned.