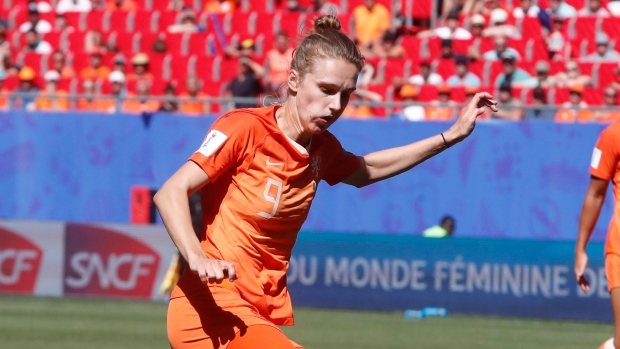 The Netherlands international beat Bethany England of Chelsea by a single vote to claim the accolade.

“Vivianne’s clinical efficiency in front of goal and her seemingly effortless poise, can mean her all-round ability and footballing intelligence are sometimes overlooked,” said Jen O’Neill, chair of the FWA’s women’s sub-committee. “She is a worthy winner and a world-class performer. With more assists than any other WSL player this season, she is also a valuable creator of openings for teammates; dropping to collect the ball and playing in others, or making space with her movement.”

Miedema was the Women’s Super League Golden Boot winner for the past two seasons, netting 14 goals in the campaign that was curtailed due to the coronavirus pandemic as Arsenal finished third.

Miedema is also the leading scorer in the Women’s Champions League this season with 10 goals.

The FWA has yet to name the winner of its men's footballer of the year with the delayed Premier League season still being played.