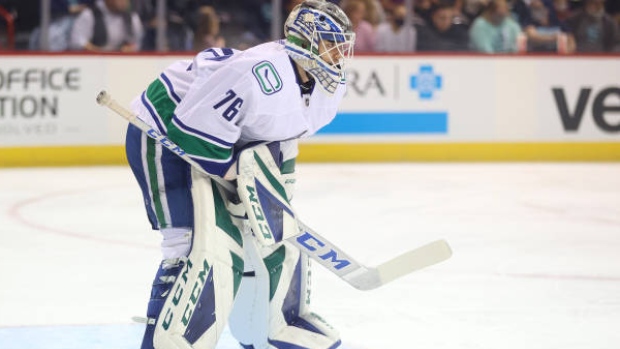 ABBOTSFORD, B.C. — Arturs Silovs made 26 saves to give the Abbotsford Canucks the franchise's first shutout in a 3-0 victory over the Henderson Silver Knights in the American Hockey League on Sunday.

Nic Petan scored twice and Sheldon Dries added the other goal for the Canucks (3-1-1), which went 2 for 4 on the power play.

Abbotsford has won back-to-back games for the first time in their inaugural season after defeating the Silver Knights 3-2 in overtime Friday.