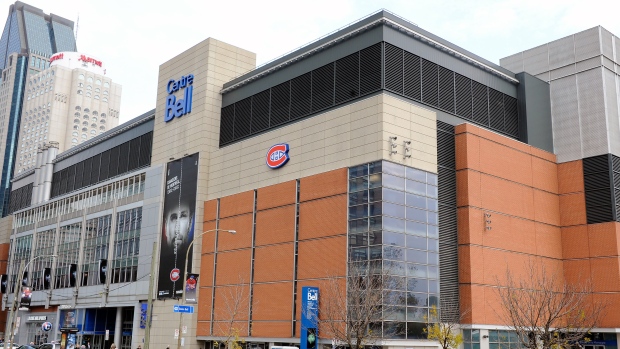 MONTREAL — Although the Montreal Canadiens haven't won the Stanley Cup since 1993, the team has always been able to count on its fans showing up for every game.

On paper at least, the team enjoys a sellout streak at home that has lasted since Jan. 8, 2004 — minus one game where a seat was symbolically left empty to honour the late Jean Beliveau.

But as large blocks of seats at the Bell Centre appear to sit empty and resellers offer tickets at less than face value, some people are wondering whether even die-hard Montreal fans are beginning to turn away from the franchise.

The Canadiens recently reduced the price of some tickets for a game next Wednesday against Ottawa after several tickets remained available, a spokesman with the organization confirmed Friday.

Donald Beauchamp said the change affected only a few tickets, which were put at regular price instead of the "optimum" price usually applied to popular matchups.

"A week to 10 days before that game, in very few categories, we just lowered the price back to regular price instead of keeping it at optimum price," he told The Canadian Press in a phone interview.

Beauchamp described the price drop as a "one-off" and blamed the sluggish sales on the Canadiens' packed home schedule, which includes 13 games at the Bell Centre from Nov. 7 through Dec. 9.

But others see a different reason.

The Canadiens' first 10 games saw them get off to their worst start in their history over such a stretch, and entering Saturday's action they had the third worst record in the Eastern Conference with 19 points from 23 games.

On several occasions, they've been booed by their own frustrated fans and TV cameras have panned over large blocks of empty seats.

On online ticket resale sites, seats for upcoming games appeared to be abundant and often offered at less than face value.

Ticket site StubHub was offering seats for this coming Monday's game against Columbus for as little as $30, plus taxes and fees.

For Saturday night's game against Buffalo, they were listed beginning at about $53, with better seats in the reds running about $115 — also below face value.

Lloyd believes the Canadiens' decision to trade away fan favourite P.K. Subban in 2016, combined with last season's first-round playoff exit and this year's slow start, is causing fans to stay away.

"I saw tickets for their home opener going for $300... I personally don't know anyone who would pay that to watch what's been on the ice this year," he said in a written message.

While it's not unheard of for tickets to sell below face value, it can indicate a softening in demand, according to one economist.

"The secondary market is like a spot market that measures supply and demand at that moment," according to Concordia University economist Moshe Lander.

Lander, who studies the economics of sport, believes lower prices are due to the team's poor showing.

"There could be some season ticket holders who say, 'you know, we bought for 41 home games, but Montreal stinks and I don't want to go,'" he said.

Despite signs of fan discontent, Lander doesn't believe the Canadiens' management has any reason to be worried.

The franchise is still one of the league's most valuable, and counts a strong ownership group with solid corporate backing, he said.

And lack of recent playoff success doesn't mean a team's fanbase will turn away, he said, pointing to Toronto Maple Leafs faithful, who fill their home arena despite the franchise not having won a Stanley Cup since 1967.

"There's no fear that (the Canadiens) are going to turn into some loss-making enterprise any time soon," he said.