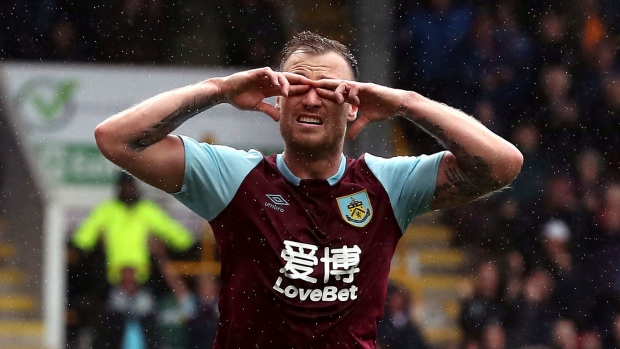 BURNLEY, England — Ashley Barnes scored twice as Burnley launched its Premier League campaign with a 3-0 victory against Southampton on a windswept, rain-lashed day at Turf Moor on Saturday.

The home team did not have a shot on target until Barnes pounced on a mistake by Southampton's Jannik Vestergaard to grab the opening goal in the 63rd minute.

Burnley's new signing Erik Pieters was involved in the first goal and also laid on the second in the 70th minute as his deep cross found Barnes and he supplied the finish with his right foot.

Johann Berg Gudmundsson then got on the end of a long clearance from goalkeeper Nick Pope, who was making his first league appearance since May 2018, before firing home from a tight angle.