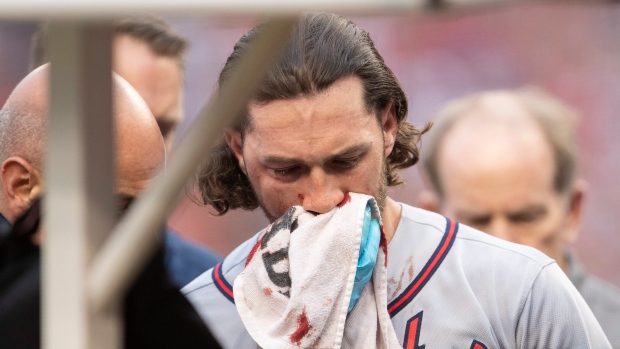 Murphy will provide depth behind Brian McCann and Tyler Flowers in the final two weeks of the regular season. The move was made before Tuesday night's game against Philadelphia.

The Braves acquired Murphy from Arizona on July 31 and then hit .170 in 14 games with Gwinnett. He has hit .219 in seven major league seasons with the Yankees, Minnesota and the Diamondbacks.

Culberson suffered multiple broken facial bones when he was hit in the face by a pitch from Washington's Fernando Rodney on Saturday. Culberson already had been declared as out for the season but will not require surgery.