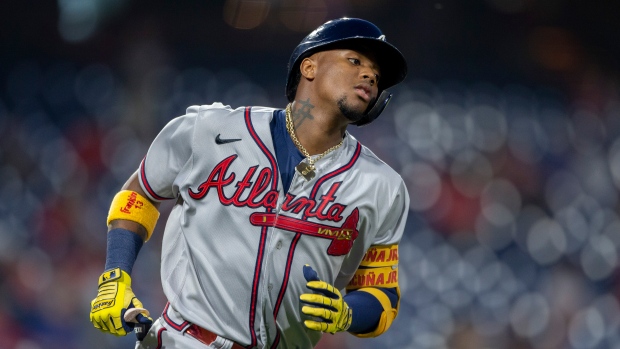 The Atlanta Braves will be without the services of star outfielder Ronald Acuna on Wednesday night versus the New York Mets.

The 23-year-old was a late scratch from the lineup with what the team is calling lower-back tightness.

OF Ronald Acuña Jr. has been scratched from tonight’s lineup with lower back tightness. Here is the updated #Braves lineup: pic.twitter.com/ksyMfkP5w4

Ehire Andrianza takes his spot in right field and will bat sixth.

In his fourth season, Acuna is having another sterling year at the plate. Through 68 games, he's batting .285 with 20 home runs, 45 runs batted in and an OPS of .996. His 58 runs and 15 stolen bases are most in the National League.

The two teams split a doubleheader on Monday.