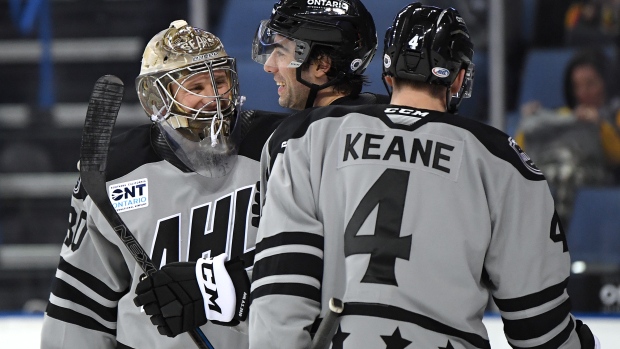 Jack Studnicka scored twice and Vinni Lettieri had the other for the Atlantic Division all-stars in the championship game.

Matthew Ford potted the lone goal for the Central Division.

The two squads advanced to the championship game of the 3-on-3 tournament featuring 10-minute games after emerging from the round-robin portion of the event with the top two records.

Each of the AHL's four divisions — including the Pacific and North — were represented by 12 players.

Hartford Wolf Pack coach Kris Knoblauch led the Atlantic to victory, while Milwaukee Admirals coach Karl Taylor was behind the bench for the Central.

Rochester Americans coach Chris Taylor was in charge of the North squad and Tucson Roadrunners coach Jay Varady served as head coaches for the Pacific.

This report by The Canadian Press was first published Jan. 27, 2020.