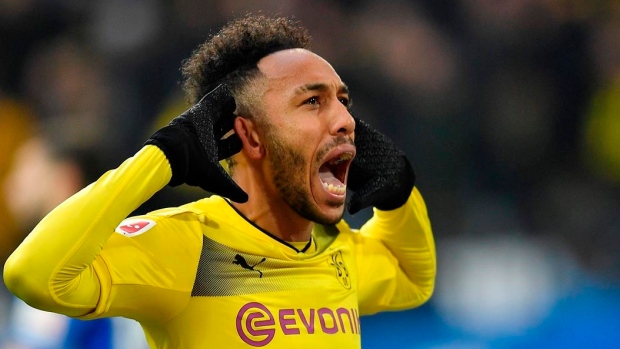 Aubameyang reacted Thursday to an interview Hans-Joachim Watzke gave to the Süddeutschen Zeitung newspaper the day before, in which the CEO said some players had left for clubs that weren’t playing in the Champions League.

“Pierre-Emerick Aubameyang, who is playing brilliantly for Arsenal, probably gets a warm heart when he looks at his bank balance. But Wednesdays he is sad as he only looks at the Champions League on TV,” Watzke said.

Aubameyang hit back on Twitter: “Better for you I never talk about why I really left Dortmund Mr Watzke you such a clown.”

Aubameyang referred to the transfer of Ousmane Dembélé to Barcelona for 105 million euros ($124 million) in 2017.

“I remember that time you said we never gonna sell Ousmane then you saw more than 100M you were the first to take that money. Don’t talk about money please!!! Leave me alone pls,” Aubameyang wrote.

The 30-year-old Gabon striker joined Arsenal from Dortmund for a reported 63 million euros ($80 million) in January 2018. He has scored 39 goals in 56 Premier League games, including seven in seven games this season.