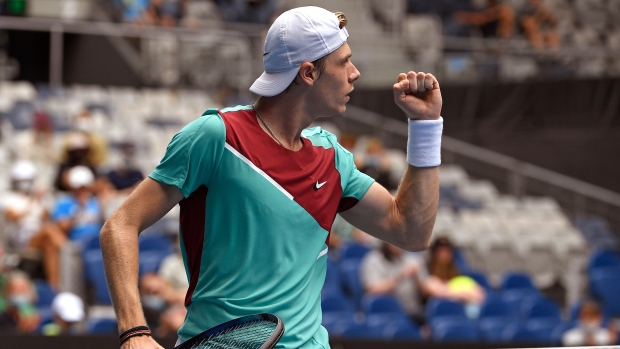 Canada's Denis Shapovalov will be back on court for his second-round match tonight on Day 3 of the Australian Open.

Shapovalov will take on South Korea's SoonWoo Kwon, who is currently ranked No. 54 in the world. The last time these two met, at the U.S. Open in 2020, Shapovalov took the win. Kwon has never made it past the first round at the Australian Open.

You can watch Shapovalov’s match at approximately 8:30 pm ET/5:30 pm PT on TSN4 and TSN Direct.

After dropping her first round singles match to Maddison Inglis, Leylah Annie Fernandez will be back in action today pairing up with New Zealand's Erin Routliffe in women's doubles.

Routliffe is New Zealand’s top doubles player, ranked No. 55 in the world, this reunites the duo who made it to the round of 16 at the US Open. The fairly new pair will take on Australia's Lizette Cabrera and Priscilla Hon.

Fernandez and Routliffe hit the court at approximately 8:30 pm ET/5:30 pm PT on TSN.ca and the TSN App.