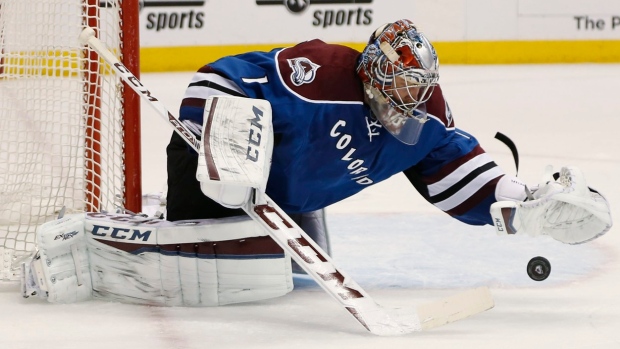 DENVER - The Colorado Avalanche will sit goaltender Semyon Varlamov on Tuesday night against Los Angeles after he injured his groin over the weekend.

Varlamov has started 22 straight games, one away from matching Craig Anderson's mark for most consecutive starts by an Avalanche goaltender set in 2010.

In a win Sunday at Minnesota, Varlamov appeared to hurt his groin. Earlier this season, Varlamov missed 15 games due to the groin. He also took a puck off his shoulder area against the Wild, but Roy said that wasn't an issue.

Varlamov tested out the groin Tuesday morning. Roy said "it doesn't hurt him, but he doesn't feel like it's solid enough to take a chance."