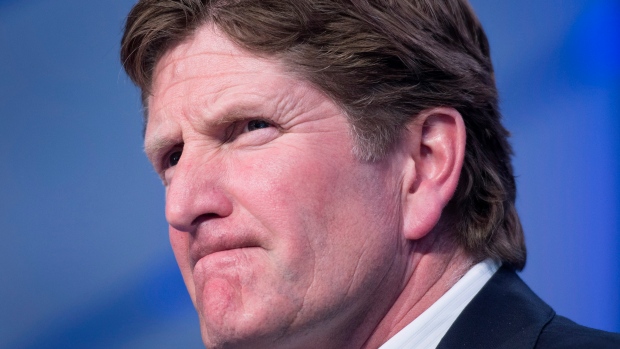 After delivering back-to-back Olympic gold medals, coaching Team Canada at next year's World Cup was Mike Babcock's job to lose. His grip on the job is still firm.

Babcock will be named Team Canada's head coach for the 2016 World Cup this week, according to TSN Hockey Insider Darren Dreger. A press conference is tentatively scheduled for Thursday afternoon at Toronto's MasterCard Centre for Hockey Excellence.

Babcock, 52, won't have to travel very far with the 17-day tournament being conducted at the Air Canada Centre.

Many wondered whether Chicago Blackhawks coach Joel Quenneville would be considered for Canada's head coaching job on his own merits. Instead, Quenneville will assist Babcock with the help of Boston Bruins coach Claude Julien.

Quenneville has guided Chicago to three Stanley Cups in the last six seasons, all since Babcock last won with Detroit in 2008. He said in September that he would "certainly entertain the opportunity" to coach Canada.

In fact, Quenneville has never coached Team Canada in any international competition. He was appointed head coach for the 2004 IIHF World Championships, but was forced to withdraw after being hospitalized in Prague just days before the tournament with a health issue.

Babcock replaced Quenneville that spring, capturing his only world championship. Babcock is the only coaching member of the Triple Gold Club with a Stanley Cup (2008), Olympic gold medal (2014, 2010) and world championship (2004).