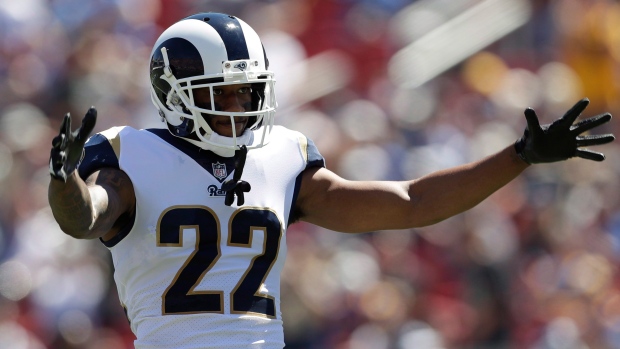 Marcus Peters is on the move.

The Los Angeles Rams have traded the two-time Pro Bowl cornerback to the Baltimore Ravens in exchange for linebacker Kenny Young and an undisclosed 2020 draft pick.

Peters, 26, was in his second season with the Rams following a trade from the Kansas City Chiefs.

Through six games this season, Peters has a pair of interceptions, including one returned for a touchdown.

The move comes only a day after the Rams placed veteran CB Aqib Talib on injured reserve.

A product of Washington, Peters is a free agent next season.

Young, 24, has appeared in five games for the Ravens this season, starting three. He's recorded 13 tackles and has forced a fumble.

A product of UCLA, Young is in his second NFL season.