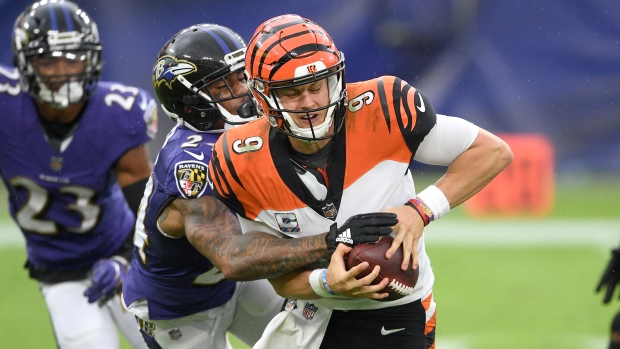 With the Ravens ahead 27-0 in the final minute, the Bengals elected to kick a field goal with 37 seconds left in the game.

According to ESPN Stats & Info, it's just the fifth time since 1970 that a team kicked a field goal in the final minute to avoid a shutout.

When asked about his reaction to the move, Martindale seemed to take a shot at Bengals head coach Zac Taylor.

"He knew what it was because it was awful quiet when I yelled it across the field. There are some people that take that as a victory. We'll see. We'll have plenty to talk about the next time we play them," Martindale said via ESPN's Jamison Hensley.

Ravens head coach John Harbaugh said it wouldn't have been a factor if Baltimore would have stopped the Bengals on either fourth-downs on the drive.

As the schedule currently sits, the Ravens and Bengals next play Week 17.