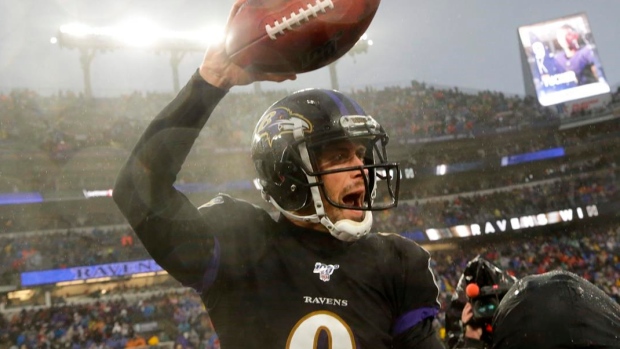 Justin Tucker isn't hanging up his cleats any time soon.

The Baltimore Ravens have signed the five-time First-Team All-Pro kicker to a four-year extension, the club announced on Monday.

The NFL Network's Ian Rapoport reports the deal is worth $24 million with $17 million guaranteed, which would make Tucker the highest-paid kicker in the league.

The #Ravens and All-Pro K Justin Tucker agree to terms on a 4-year extension that pays him $24M, source said with $17.5M guaranteed. The new highest paid kicker.

The deal will take the 32-year-old Tucker through the 2027 season.

Heading into his 11th season out of Texas, Tucker is the most accurate kicker in National Football League history, making 91.1 per cent of his field goals.

Last season, Tucker was 35-for-37 and at an NFL-best .946. In a Week 3 game against the Detroit Lions last season, Tucker set the NFL record for distance with a 66-year field goal as the clock expired to give the Ravens a 19-17 victory.

Tucker was a member of the Ravens' Super Bowl XLVII-winning squad in 2013.