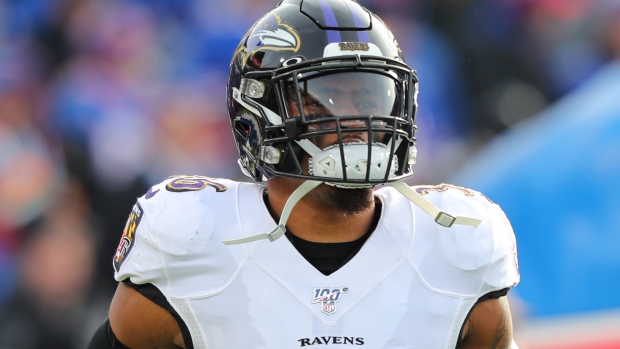 OWINGS MILLS, Md. — The Baltimore Ravens have agreed to a three-year contract extension with safety Chuck Clark, who had a career-high 12 starts in 2019 and led the team with 68 tackles.

"Chuck is a great story about hard work, patience, preparation and passion," general manager Eric DeCosta said. “He waited for his chance and seized the opportunity. He's the type of player we want on our defence for a long time.”

The 24-year-old Clark was set to enter the final season of his rookie contract in 2020. Selected in the sixth round of the 2017 draft out of Virginia Tech, he spent his first two NFL seasons playing on special teams and serving as backup on defence before enjoying a breakthrough year for a Ravens team that won the AFC North with a 14-2 record.

After becoming a fixture in the starting lineup, Clark took over the defensive communication helmet and played a key role in leading the unit.

Clark had 43 solo tackles, an interception, two forced fumbles and a sack in 2019.