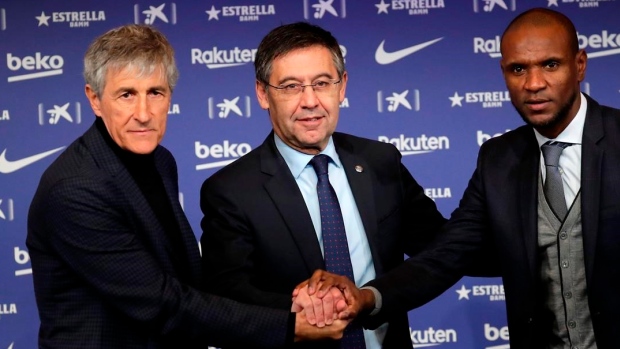 Josep Maria Bartomeu's tumultuous time as president of Barcelona is at its end.

Bartomeu and the rest of his board have tendered their resignations, the club confirmed on Tuesday.

President Josep Maria Bartomeu announces the resignation of the FC Barcelona Board of Directors. pic.twitter.com/Xr9pBoUzHM

The move comes a day after the club's attempt to delay a vote of non-confidence against Bartomeu was rejected by regional authorities, with Bartomeu and the board deciding that their resignations would do less harm to their personal reputations and the reputation of the club than going ahead with the vote.

Bartomeu's resignation caps off a dismal period at the club. The 2019-2020 season saw Barcelona miss out on silverware entirely, finishing as runners-up to Real Madrid in La Liga and seeing their Champions League campaign come to an embarrassing end with an 8-2 thrashing by Bayern Munich in the quarter-finals. Matters were further compounded when club icon Lionel Messi handed in a transfer request in the summer, attempting to end his almost two decade-long association with the club. While the board blocked the move and Messi eventually rescinded the request, the problems with Bartomeu remained.

Bartomeu had assumed office in 2014 and was expected to remain in his role until at least the next election, which is set for 2021.