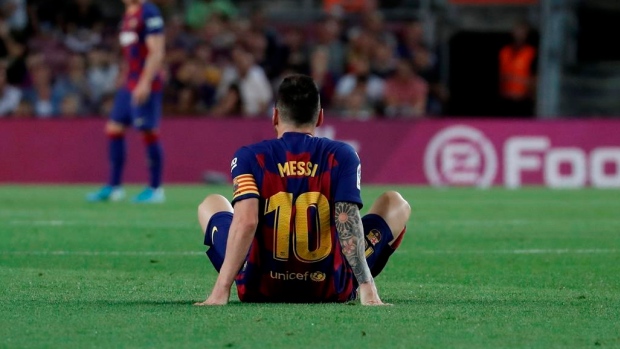 Barcelona president Josep Maria Bartomeu threw cold water on the idea that the club's talisman Lionel Messi was unhappy and reluctant to sign a new deal with the club.

"We are negotiating with many players, but Messi has explained to us he wants to stay," Bartomeu told Spanish network Movistar. "And so we're going to enjoy him for much longer."

The 33-year-old Argentina forward's current deal expires at the end of the 2021 season and reports over the weekend suggested that Messi would consider a move elsewhere from the only club he's ever known.

Spanish journalist Guillem Balague reports that Messi's faith in manager Quique Setien is diminishing with the club now four points adrift of Real Madrid atop the La Liga table with only four matches remaining on the season.

Balague notes that Barcelona could install club icon and Messi's former teammate, Xavi - currently managing Qatari side Al Sadd - as the team's new boss as a means to appease the diminutive Argentine.

A six-time Ballon d'Or winner, Messi made his senior debut for the club in 2004 and has made 725 appearances since, trailing only Xavi (765) for most in a Barcelona shirt. His 630 goals are a club record.