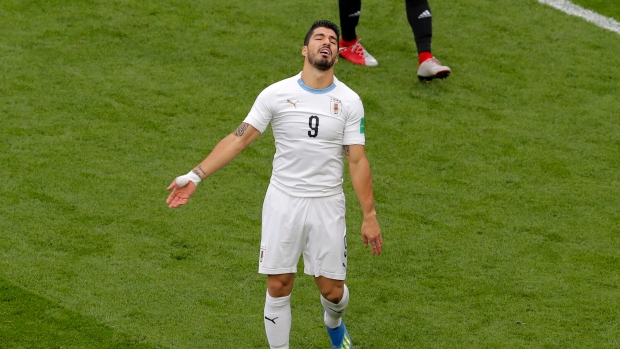 Barcelona says Uruguay striker Luis Suárez will be sidelined for four months after having surgery on his injured right knee on Sunday.

The Spanish club made the announcement three days after Suárez played the complete 90 minutes in a 3-2 loss to Atlético Madrid in the semifinals of the Spanish Super Cup being held in Saudi Arabia.

His loss is a big blow to Barcelona's aspirations of retaining the Spanish league title and of winning its first European Cup since 2015.

With 14 goals, Suárez is Barcelona's second-leading scorer this season after Lionel Messi.

Barcelona plays Napoli in the Champions League round of 16, with the first leg in Italy on Feb. 25 and the second leg at Camp Nou on March 18.