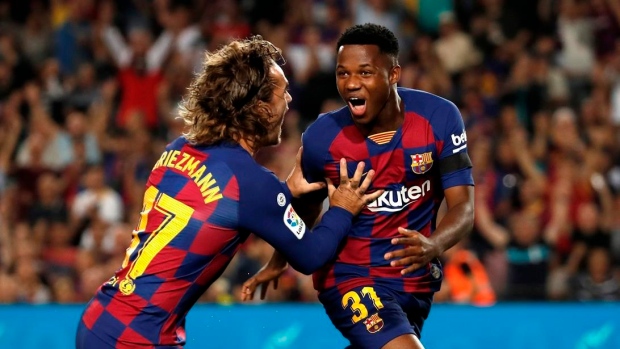 The 16-year-old who became the club's youngest-ever Champions League player on Tuesday against Borussia Dortmund is now eligible to represent Spain at the upcoming U-17 World Cup. The deadline to register players for the tournament is next week.

Born in Guinea-Bissau, Fati has lived in Sevilla since he was six, completing the requisite 10 years of Spanish residency to become a citizen.

Internationally, Fati is eligible to play for his country of birth, as well as Portugal through his grandparents.

Even if Fati were to suit up for Spain at the U-17 level, FIFA permits a player the ability to switch his allegiances at the senior level.

A member of the Barca academy, Fati made his senior debut earlier this season and became Barca's youngest-ever goal scorer with a goal against Osasuna.