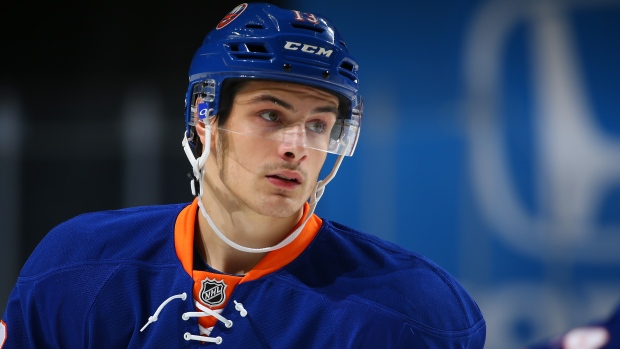 Mathew Barzal's wait to crack the New York Islanders lineup appears to be coming to an end.

When asked Monday if Barzal, a first-round pick in 2015, had done enough to make the roster, head coach Doug Weight replied with a simple "yes."

The 20-year-old appeared in two games with the Islanders last season before being sent back to play with the WHL's Seattle Thunderbirds.

He scored 10 goals and tallied 69 assists in 41 games with the Thunderbirds last season. He scored three goals and eight points in seven games with Team Canada at the World Juniors, taking home a silver medal.

Barzal was named a first-team WHL All-Star in each of the past two seasons and was named WHL Playoffs MVP last season.

Weight said Monday adding Barzal and fellow rookie Josh Ho-Sang to their power play could provide the Islanders with a spark this season.

“Especially with their skill set, you use the word dynamic and it’s so quick,” Weight told Newsday on Monday. “Both of them have the playmaking ability and the vision to make those plays. I think you found a couple times today that they found some guys who maybe weren’t ready for it and that’s something we’ve got to get used to. Those guys are distributors and they’re going to find the open man.”

Barzal leads the Islanders with three goals this preseason, his latest came Monday while working on the team's top power play unit.